Happy GIS Day! Here at the Spatial Analysis Lab celebrated with student films from our aerial cinematography class, hand drawn and printed maps, and of course, cake! We had a packed room for the mini film festival and learned about Hampshire College’s farm, automated milkers at Belden Dairy Farm, invasive plant species at Macleish Field Station, and Grow Food Northampton community garden. A small discussion with the filmmakers followed each video where we gained insights into the shots they were able to obtain with drone technology.

A Dymaxion cake was unveiled after the films depicted the world on an icosahedron. Buckminster Fuller and Shoji Sadao– both curious cartographers, architects, and designers– created this map projection in 1946. The map aimed to show a contiguous land mass– the world as ‘one island.’ In this map there is no ‘up’ or ‘down’ or ‘north’ or ‘south,’ the viewer is left to explore the map from all angles and to question the geographic and cultural bias associated with the cardinal directions. Fuller also wanted people to be able to unfold the map in different ways to map back against our geographic biases.

Now that we’ve had a small history tour– back to GIS Day programming! We finished the day off by making hand printed map cartouches. Tracy designed the original cartouche and we printed copies for the lab. Map Responsibly! The Map is Not the Territory! 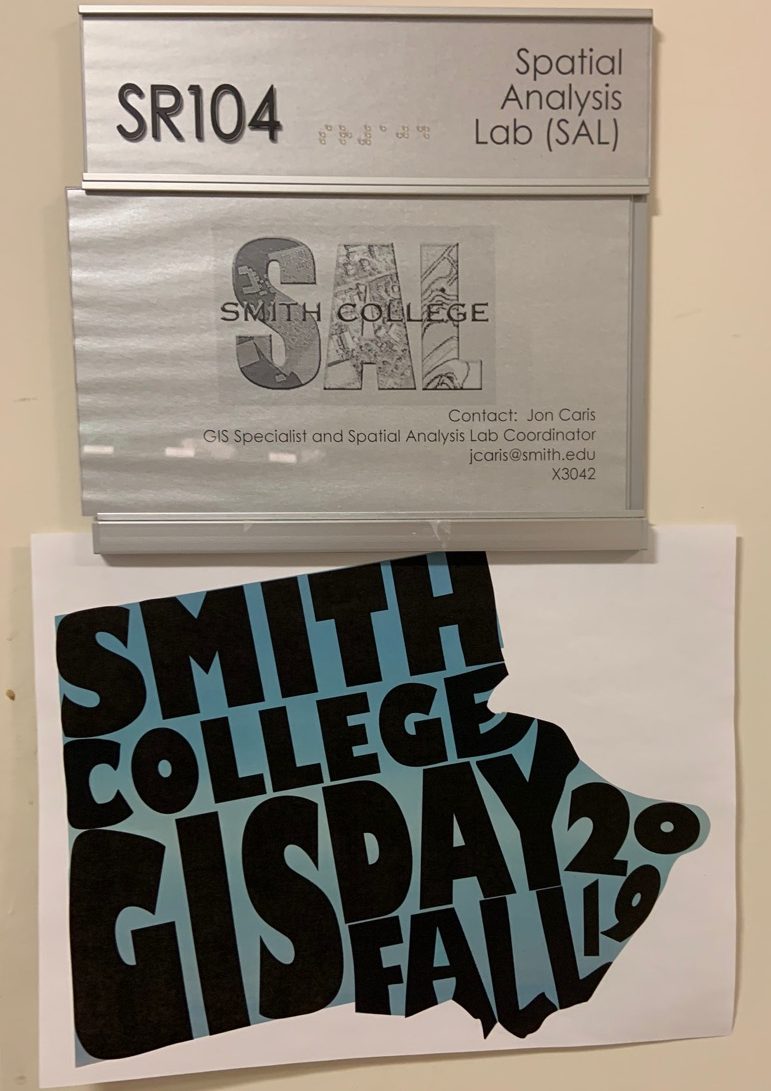 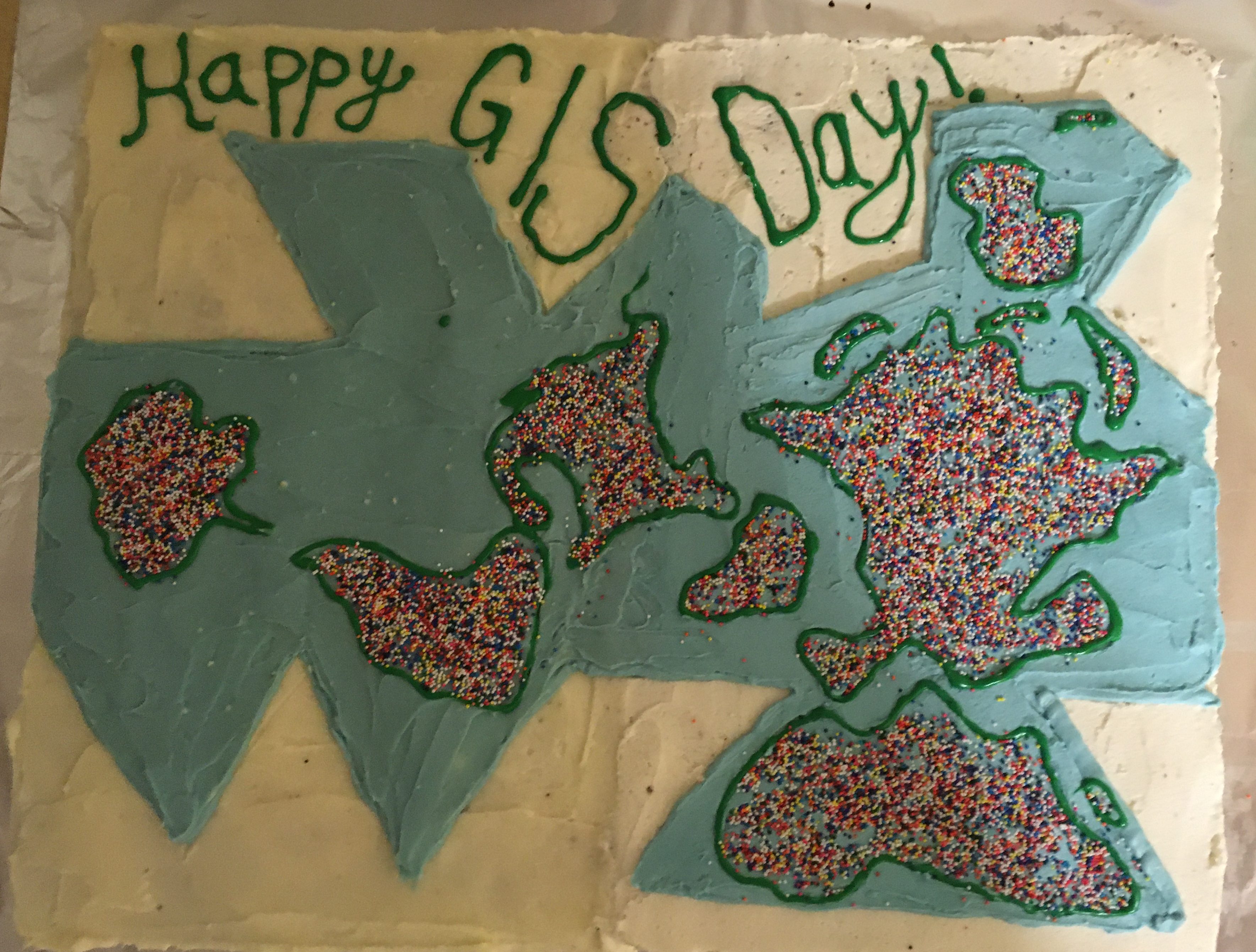 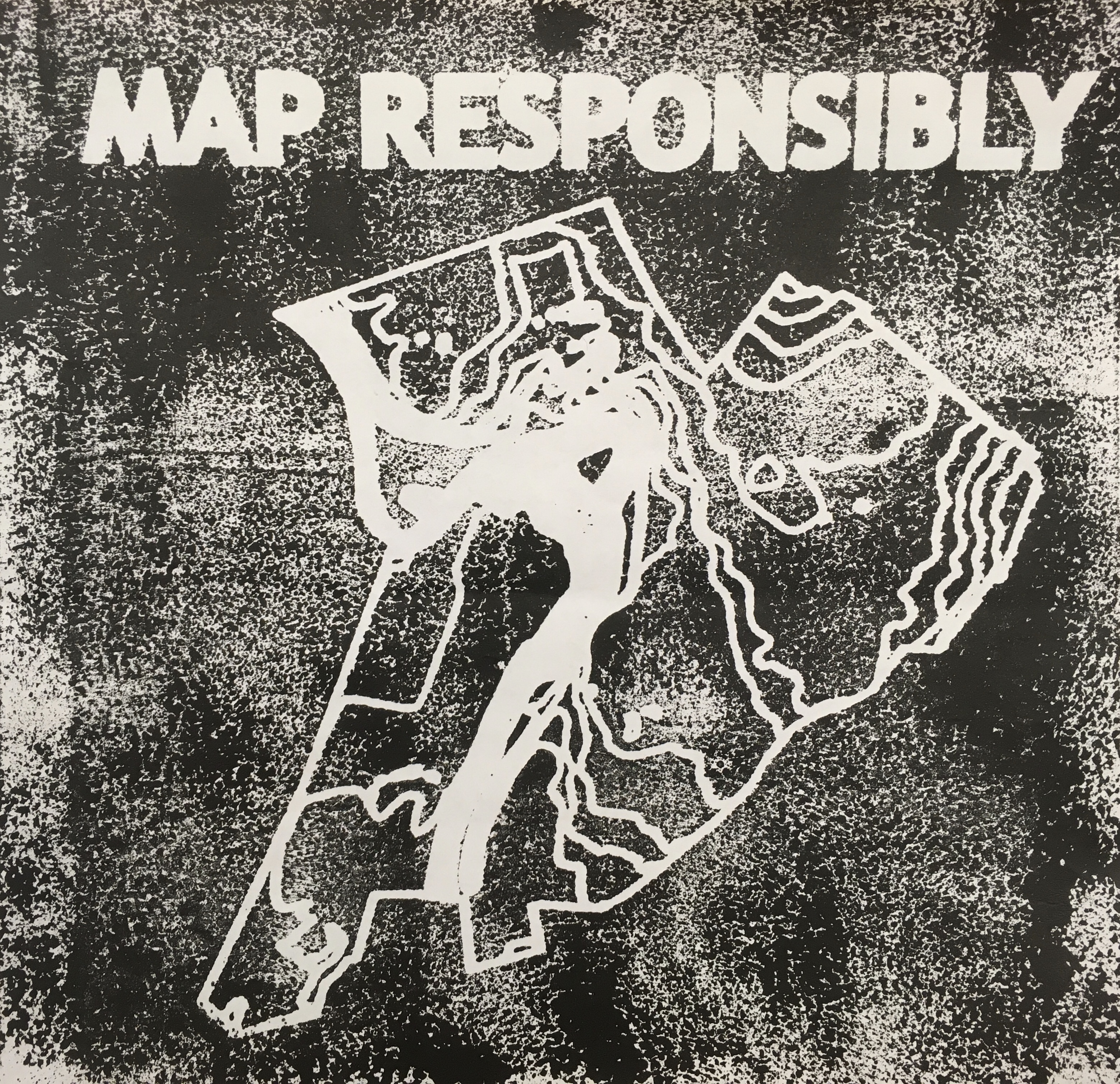 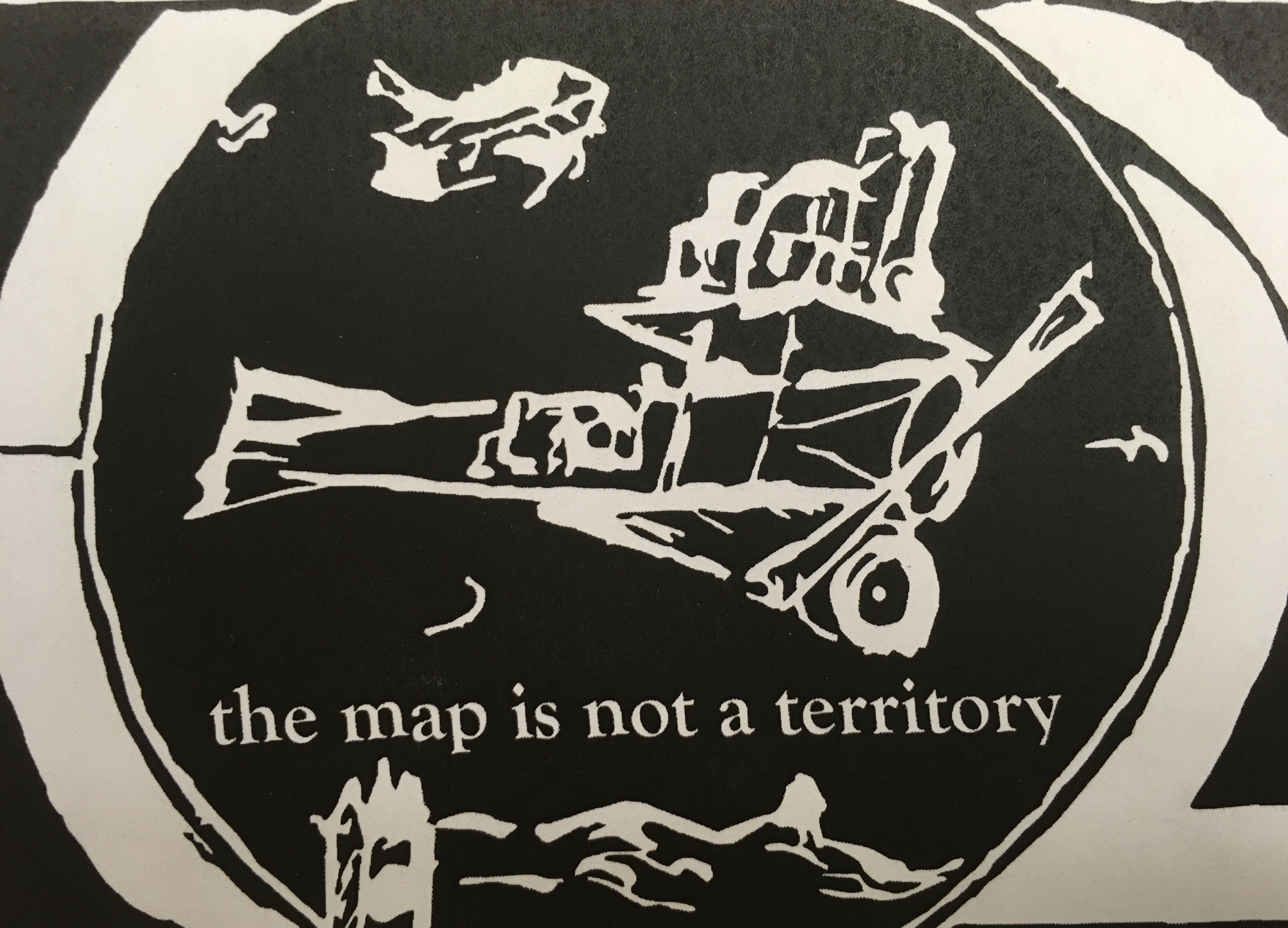