Geo-artist Elena Terhune ’14 created this awesome map of an imagined Smith College Subway System. Check it out, and read what she has to say about the process of creating it: 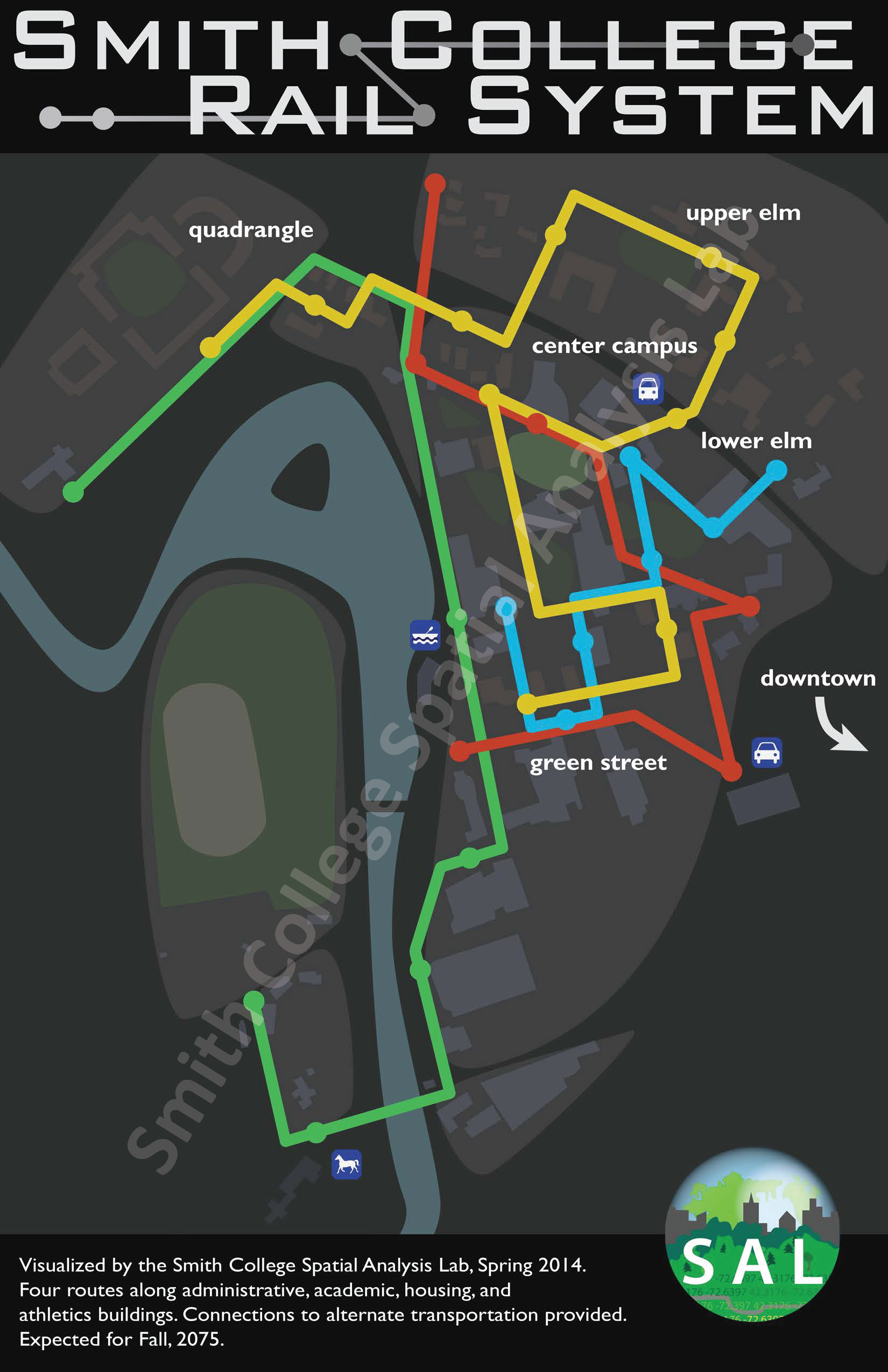 “Especially in the colder winter weather, we have all idly wished for some way to travel quickly and warmly. Smith’s Spatial Analysis Lab heard you, and responded as we know best – with a map. The Smith College Rail System is a visualization of an imagined campus subway for all your traveling needs. Lines are divided by function, including the blue line (academic buildings), the red line (administrative buildings), the yellow line (housing), and the green line (athletics facilities). We’ve noted four points to transfer to different modes of transportation, including cars at the parking garage, PVTA public bus transport near John M Green Hall, small boats at the boat house, and horses at the stables.

The design process involved creating a geographically-accurate representation of Smith, based upon a 2009 aerial image of the campus, and deciding upon a schema through which to organize the different tube lines through campus. Once the campus was represented graphically and the key locations to act as “stops” were decided, 4 lines created around function were developed, using Max Robert’s thoughts on map design ( such as considering graphic harmony with 90 degree angles, and minimal geographic distortion). Research into subway map aesthetics, particularly the recent Boston tube map contest, was helpful in figuring out how to best visualize the imaginary system.”