The Spatial Analysis Lab (SAL) recently finished the 2011 version of the “Easthampton ~ Northampton Trail & Bicycle Map” for the Friends of Northampton (MA) Trails and Greenways (FNTG) organization.  The 2011 series marks the third iteration of the map series which started back in 2006.  The Bike Map series represents countless hours of effort and the SAL’s first real effort in community based mapping as a service.

The project began in 2005/06 when Nick Horton (Math) inquired if  the SAL would help the FNTG with creating a bike and trails map.  Student assistant Amanda Nyren ’06, under the supervision of GIS Specialist Jon Caris,  was “assigned” the task of creating the first bike map.  Three years later, Ella Hartenian ’11, added her efforts and skills to update and craft the 2009 map series.

The latest series (2011) was updated by Jon Caris with tremendous input and assistance from Nick Horton and enthusiastic community members from the FNTG. 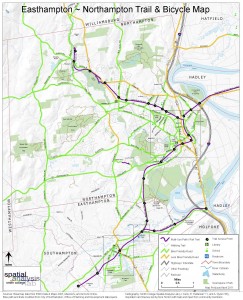 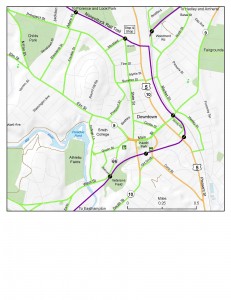 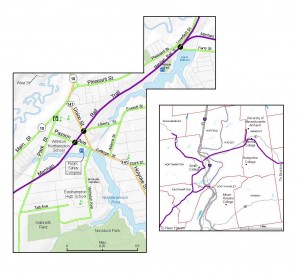 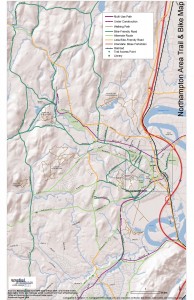 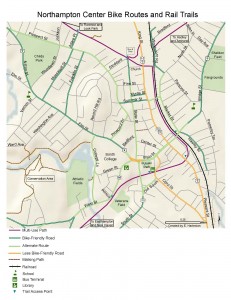 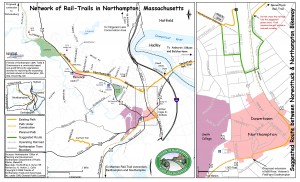 The FNTG is  a community-based 501(c)(3) non-profit organization devoted to improving the expanding rail-trail network in Northampton, Massachusetts.