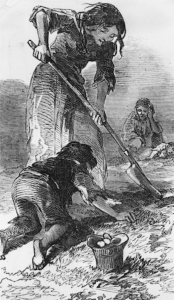 A mother and her children looking for potatoes in a field during the Irish potato famine; Illustrated London News (from Alan, 2013, NBCNews). 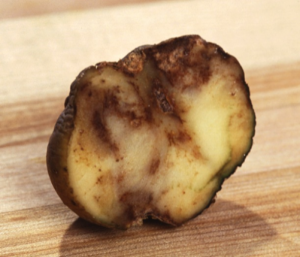