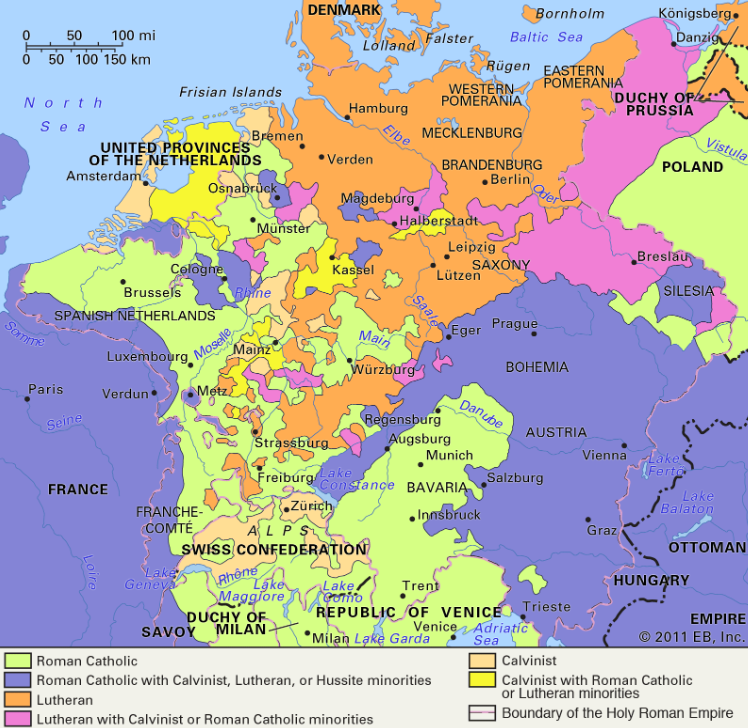 Map of central Europe in 1650 depicting the complex distribution of different religious groups after the Thirty Years’ War (from Encyclopaedia Britannica).