What is a heat wave? 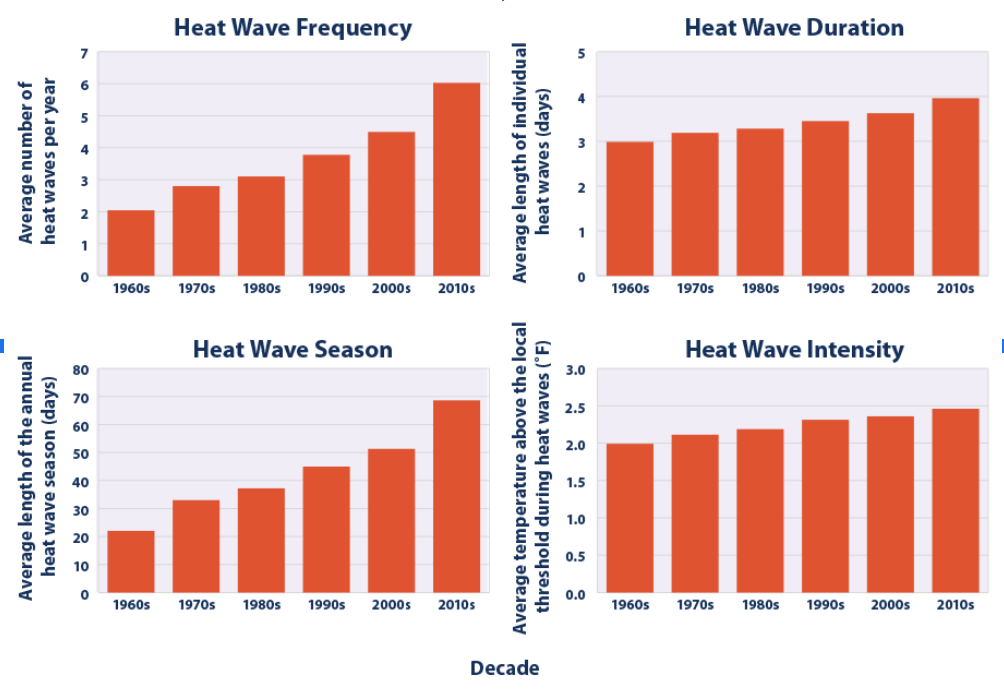 Heat wave characteristics over the last six decades showing the increase in frequency, length, and intensity since the 1960s in the United States (from US EPA).

How do heat waves affect people? 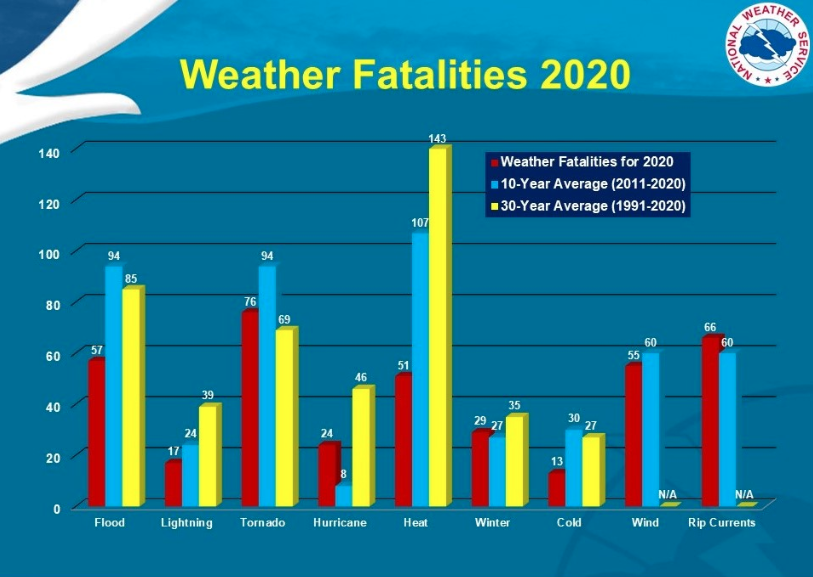 How do heat waves affect the environment? 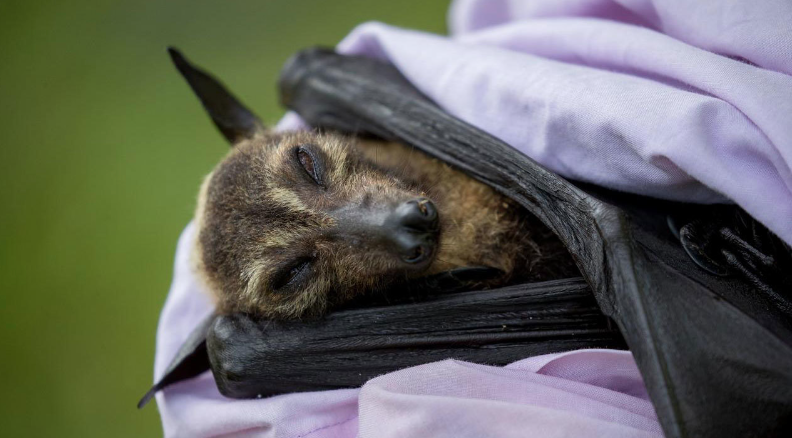 In 2018 about 23,000 animals, many belonging to endangered species, in Australia died due to heat waves, including the flying fox bat pictured here (from Yale School of the Environment). 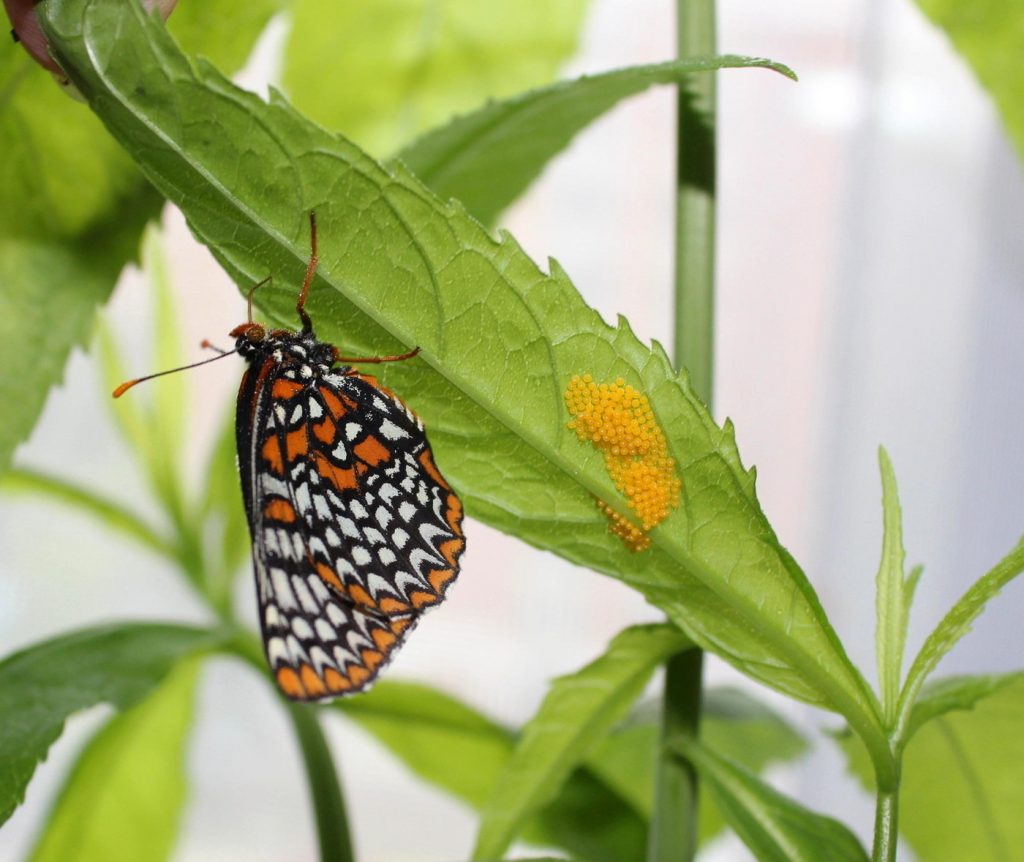 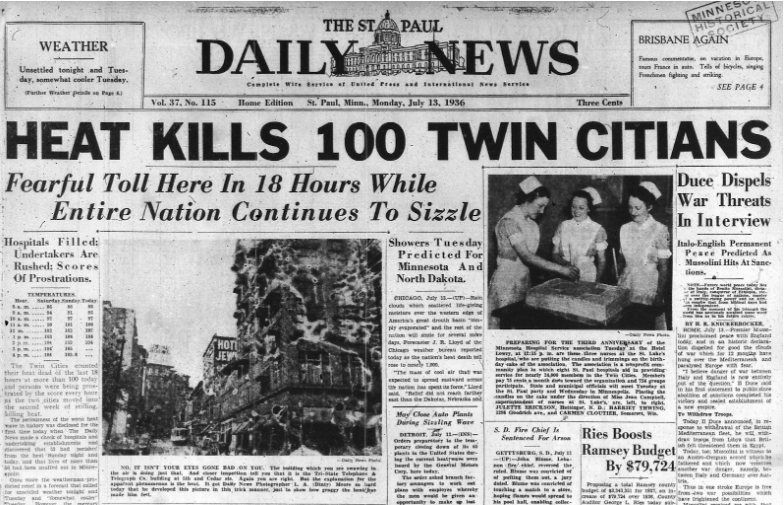 Newspaper from St. Paul, Minnesota reported deaths caused by the intense heat in 1936 (from Pioneer Press, 2016).

The European heat wave of 2003 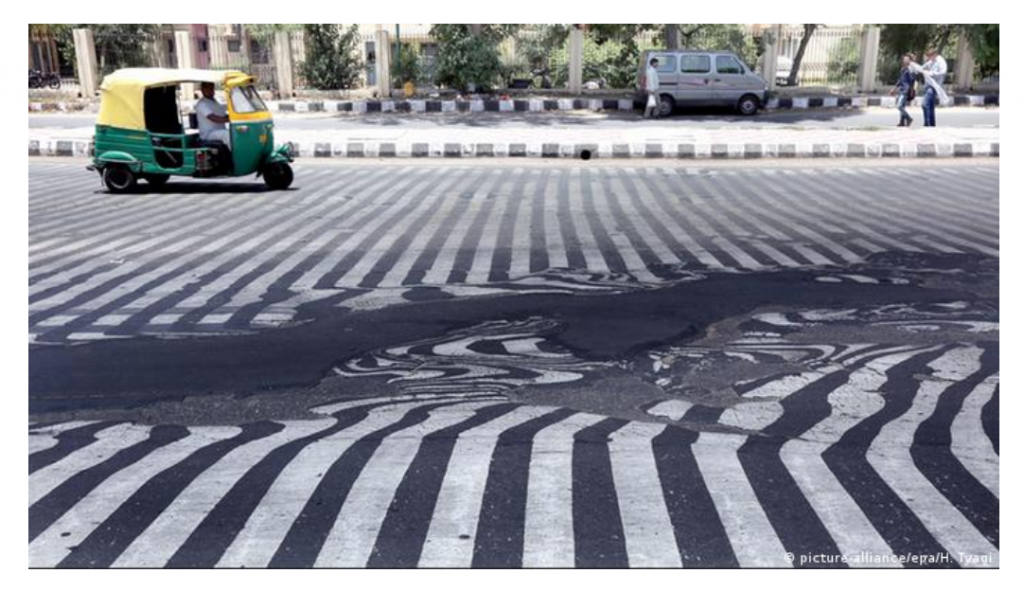 The extreme heat in 2015 in the capital of India, New Delhi, melted the roads (from DW News).

2022 heat wave in India and Pakistan 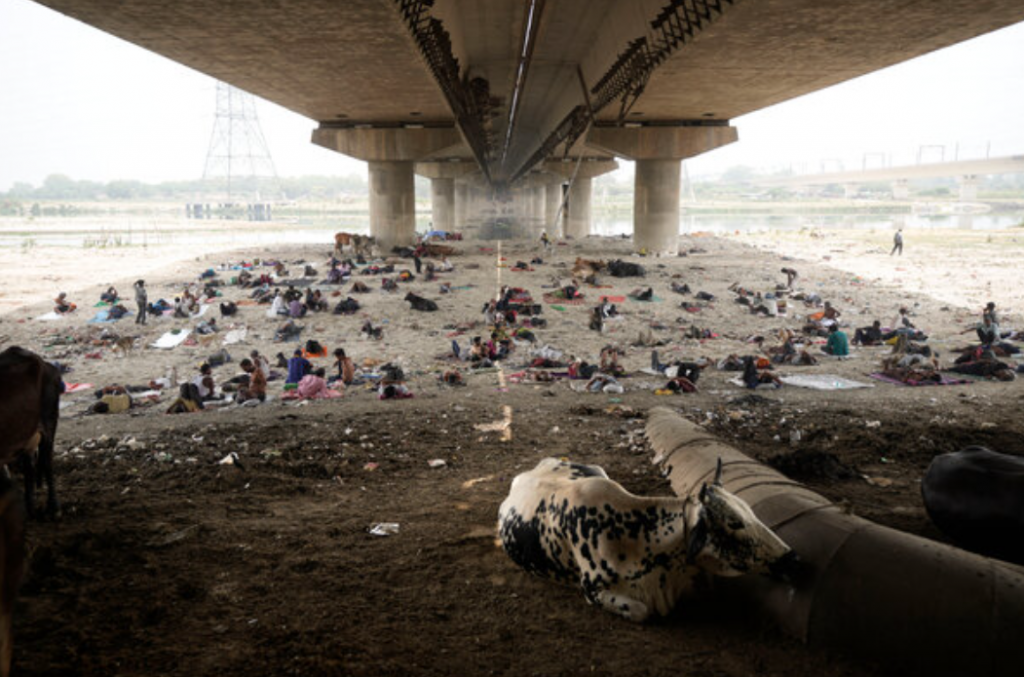 Homeless people sleep in the shade of a highway overpass on a hot day in New Delhi, India in May 2022 (from Manish Swarup/Associated Press via the New York Times).

Climate inequality leads to disparity in who suffers from heat waves 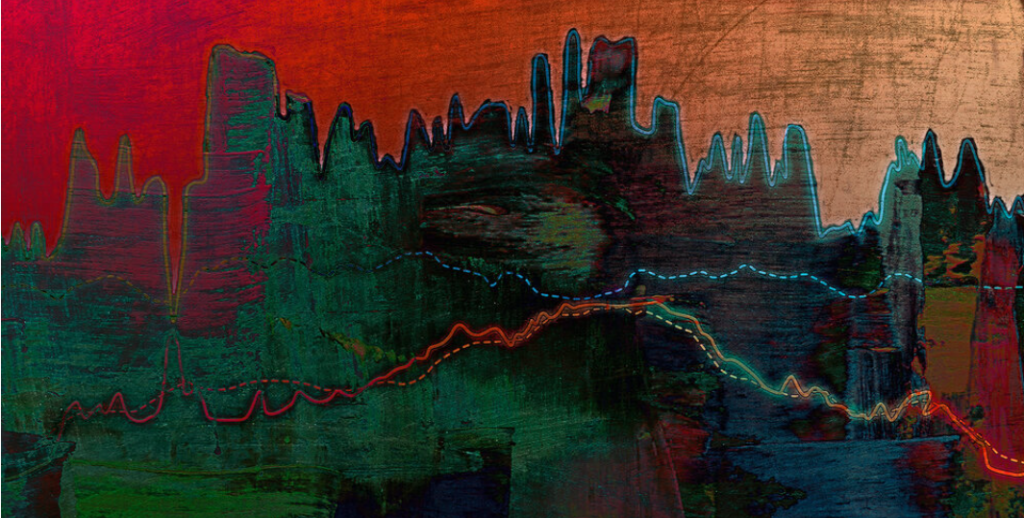 Artist Alisa Singer creates colorful visual art to showcase alarming climate trends, such as the unequal impact of heat waves in urban areas. Singer’s digital art piece “Urban Heat Islands” (above) is paired with graphs (below) explaining the science behind the issue. These graphs show elevated air and surface temperature in urban areas compared to rural areas (from Environmental Graphiti). 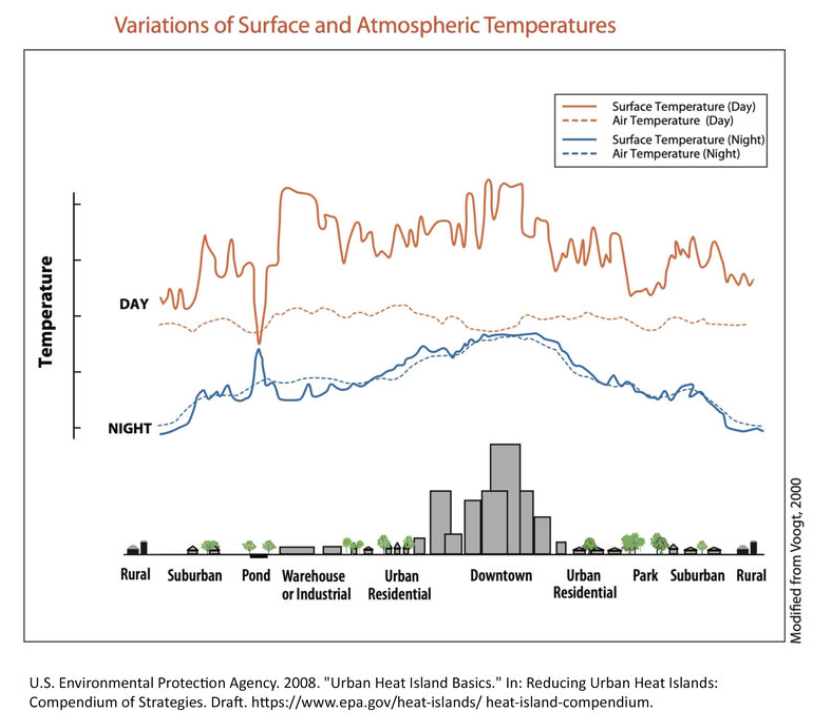