One major problem in neuroscience is to understand how the brain uses neural activity to understand the external world. Combinatorial information in the firing patterns of neurons often reflects important features of the stimuli which generated them. How can we efficiently extract such information? This talk will introduce some of the  methods currently in use for understanding the combinatorial structure of neural codes, and also discuss how this structure can be used to infer features of the underlying stimulus space. 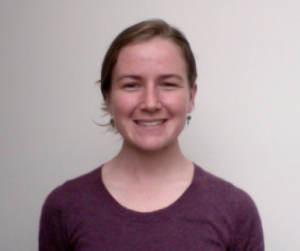 Nora Youngs is the Clare Boothe Luce Assistant Professor of Mathematics at Colby College in Waterville, ME.  She earned her B.A. in mathematics from Smith College, and her Ph.D. in mathematics from the University of Nebraska – Lincoln. She has also been a postdoctoral teaching and research fellow at Harvey Mudd College. Her research is on mathematical neuroscience, and in particular using algebraic and topological techniques to understand neural data. She is enchanted by the power of mathematics to illuminate unexpected connections and hidden patterns.  When not working on math, she alternates between exploring Maine’s beautiful outdoors, and curling up indoors with her two cats and a good book!

Spatial graph theory started in the 1980’s as a way to answer certain questions about chemical molecules. However, topologists have since taken the field in new directions. In this talk we will have an introduction to spatial graph theory. In particular, we will talk about what they are, some of the properties of spatial graphs that researchers have studied over the years, and even how we can associate a group of symmetries to a particular embedding. 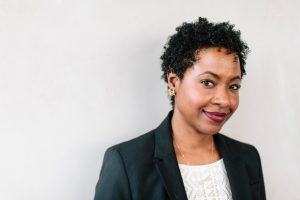 Emille Davie Lawrence is a Term Associate Professor and Chair of Mathematics and Statistics at the University of San Francisco. She earned her B.S. in mathematics from Spelman College and her Ph.D. in mathematics from the University of Georgia. She has also been a postdoctoral fellow at the University of California, Santa Barbara and an Assistant Professor at California State Polytechnic University, Pomona. Her research focuses on topological properties of spatial graphs, and she is involved in several national programs aimed at broadening participation in the mathematical sciences. Emille enjoys speaking about mathematics to people of all ages and believes strongly that mathematics should be accessible to everyone. Her non-professional life is filled with music, art, adventures in cooking, and spending meaningful time with her husband and two children.