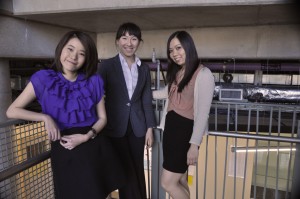 2011-2012: In collaboration with Fuss & O’Neill, this student team designed a non-site-specific anaerobic digestion (AD) facility for converting source-separated organic waste into compost and electricity.  The motivation for the project is recent Connecticut legislation that requires large generators of organic material to separate their waste and recycle it at a permitted composting facility if one exists within a twenty mile radius.

The team investigated the organic waste generation in Connecticut, obtained an estimate of the quantity and composition of source separated organic waste that might be sent to the facility, and researched existing AD technologies and materials handling systems at current AD and other recycling facilities.  After selecting a single-stage high-solid (dry) system as the base AD technology, the team developed a schematic design of the materials handling systems.  The team then prepared two preliminary facility layouts, one which requires garden waste addition for post-treatment, and one that uses a press dewatering system.  The team performed an economic analysis on both facility designs, determining total profits and payback periods.

The team’s design and recommendations may inform future investment in an anaerobic digestion facility in Connecticut.