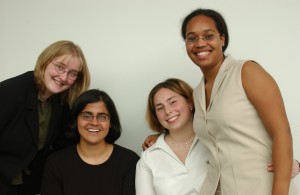 After interviewing emergency responders regarding available and desired information, the students developed and refined an interactive database system using PHP as a scripting language, a MySQL database, and a user interface consisting of standard HTML pages.  At the culmination of the project, the students provided MITRE with a working prototype and user help manual for the web-interface; they also provided recommendations for future development by MITRE or another student team. Although the initial prototype included data for only Hampshire County, it could easily be modified for other local regions, or expanded to a state, national, or even global scale.