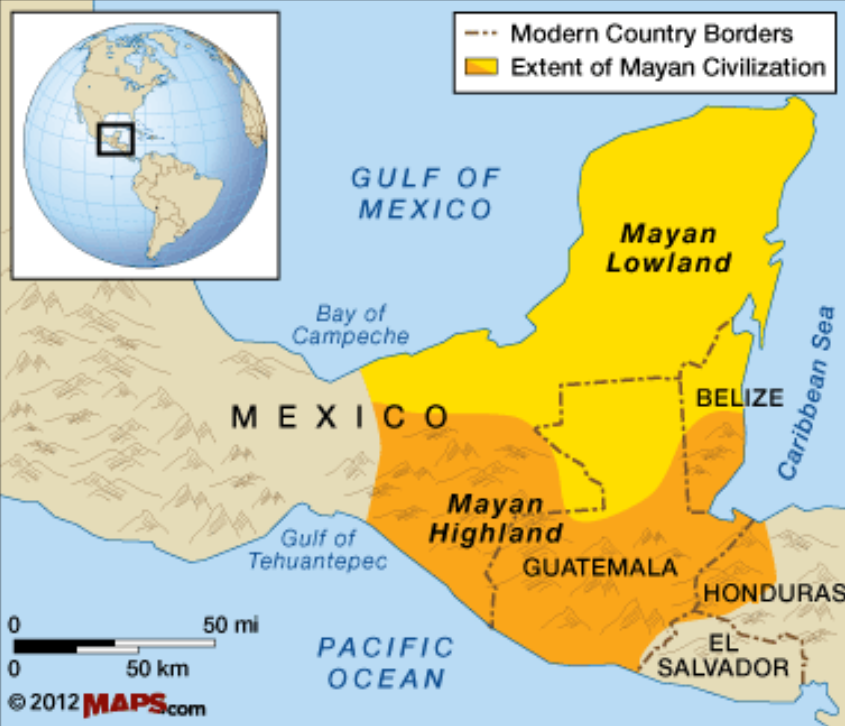 Map of Central America (from National Geographic Society, “Geography in the News: Demise of the Maya” 2012).