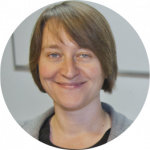 As the Executive Director of the Human Rights Data Analysis Group, Megan Price designs strategies and methods for statistical analysis of human rights data for projects in a variety of locations including Guatemala, Colombia, and Syria. Her work in Guatemala includes serving as the lead statistician on a project in which she analyzes documents from the National Police Archive; she has also contributed analyses submitted as evidence in two court cases in Guatemala. Her work in Syria includes serving as the lead statistician and author on three reports, commissioned by the Office of the United Nations High Commissioner of Human Rights (OHCHR), on documented deaths in that country.

Megan is a member of the Technical Advisory Board for the Office of the Prosecutor at the International Criminal Court, on the Board of Directors for Tor, a Research Fellow at the Carnegie Mellon University Center for Human Rights Science, and she is the Human Rights Editor for the Statistical Journal of the International Association for Official Statistics (IAOS). She earned her doctorate in biostatistics and a Certificate in Human Rights from the Rollins School of Public Health at Emory University. She also holds a master of science degree and bachelor of science degree in Statistics from Case Western Reserve University.

What’s the latest in: Research 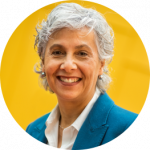 Una-May O’Reilly is leader and Principal Research Scientist of the AnyScale Learning For All (ALFA) group at Massachusetts Institute of Technology Computer Science and Artificial Intelligence Laboratory. ALFA focuses on scalable machine learning, evolutionary algorithms, and frameworks for large scale knowledge mining, prediction and analytics.  The group has projects in clinical medicine knowledge discovery, cyber security and MOOC technology.  She received the EvoStar Award for Outstanding Achievements in Evolutionary Computation in Europe in 2013. She is a Junior Fellow (elected before age 40) of the International Society of Genetic and Evolutionary Computation, now ACM Sig-EVO. She now serves as Vice-Chair of ACM SigEVO. She served as chair of the largest international Evolutionary Computation Conference,  GECCO, in 2005.  She has served on the GECCO business committee, co-led the 2006 and 2009 Genetic Programming: Theory to Practice Workshops and co-chaired EuroGP, the largest conference devoted to Genetic Programming. In 2013 she inaugurated the Women in Evolutionary Computation group at GECCO. She is the area editor for Data Analytics and Knowledge Discovery for Genetic Programming and Evolvable Machines (Kluwer), and editor for Evolutionary Computation (MIT Press), and action editor for the Journal of Machine Learning Research. At ICAIL 2015 she co-authored the Peter Jackson Best Innovative Application paper. At EMBC 2016, she co-authored the paper awarded NSF Best paper. 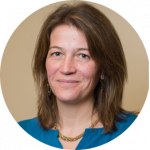 Laura Cadonati is a gravitational wave astrophysicist, member of the Center for Relativistic Astrophysics at Georgia Tech. She has been a widely-recognized leader in the LIGO Scientific Collaboration in the years preparing for and including the discovery of gravitational waves, the most elusive prediction of Einstein’s theory of General Relativity. Cadonati’s research focuses on the detection, characterization and astrophysical interpretation of short-duration gravitational wave signals that are produced by cataclysmic astrophysical events such as the collisions of black holes or core collapse supernovae. She received her undergraduate degree in Italy, with a Laurea in Physics at the University of Milano, and a Ph.D. in Physics from Princeton University. She is a Fellow of the American Physical Society, past-chair for the Division of Gravity of the American Physical Society, she is deputy spokesperson for the LIGO Scientific Collaboration, and was awarded an NSF Career Award. 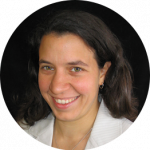 Krista Gile is Associate Professor of Statistics at the University of Massachusetts, Amherst.  Her research focuses on developing statistical methodology for social and behavioral science research, particularly related to making inference from partially-observed social network structures. Most of her current work is focused on understanding the strengths and limitations of data sampled with link-tracing designs such as snowball sampling, contact tracing, and respondent-driven sampling. 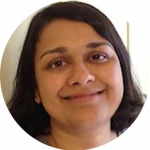 Raji Balasubramanian is Associate Professor at the University of Massachusetts Amherst in the Department of Biostatistics and Epidemiology. Her research into the development and application of novel statistical techniques is motivated by collaborations with medical researchers, with a focus on Women’s Health. Her work includes developing statistical models that incorporate outcomes measured with error, motivated by data collected in large epidemiologic cohorts and electronic medical databases. Her work also involves methods for biomarker discovery and network estimation, with application to genomic and metabolomic studies of complex disorders. She has a B.A. in Mathematical Sciences from Mount Holyoke College, and a Sc.D in Biostatistics from Harvard University. Selections of her work can be found here.

What’s the latest in: Industry 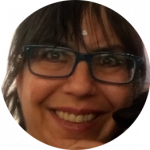 Monika M. Wahi, MPH, CPH, serves as President of DethWench Professional Services, a public health education and consulting firm, and Lecturer at Laboure College, a health sciences college in Milton, Massachusetts. She has over 20 years of experience in epidemiology, biostastistics, and informatics, and has been using R since the S-Plus days. Having co-authored over 20 peer-reviewed publications, her newest work is a recently published book by Taylor & Francis titled, “Analyzing Health Data in R for SAS Users.” For fun, she loves walking on Boston’s Esplanade and playing turn-based adventure games. 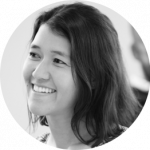 Melinda Han Williams is the VP of Data Science and Analytics at Dstillery. Before joining the ad tech industry, Melinda worked as a physicist developing third generation photovoltaics and studying electronic transport in nanostructured graphene devices. Her peer-reviewed journal publications have been cited over 5,000 times. Melinda holds bachelor’s degrees in Applied Math and Engineering Physics from the University of California at Berkeley, and earned her Ph.D. in Applied Physics with distinction from Columbia University, where she held a National Science Foundation Graduate Research Fellowship. 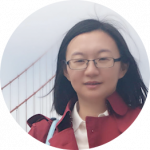 Wenjing is a Senior Data Scientist at MassMutual supporting the Operations team at HavenLife. She builds predictive models to help business partners make better decisions, optimize business process and serve customers better. Before joining MassMutual, Wenjing worked as a Senior Data Scientist at Capital One, where she built risk models related to customer acquisition and customer management. Wenjing holds a Ph.D degree in Bioinformatics and Statistics from North Carolina State University where her research interest was statistical genetics. Outside of work, she likes traveling and outdoor activities. 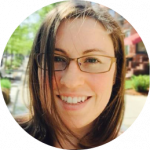 Sara Saperstein is a senior data scientist at MassMutual on the Risk & Product team.  Before joining MassMutual Sara worked as a data science team lead at Pixability, a video ad tech software company, where she designed a recommender system and led a project to automate and optimize advertising campaigns. She holds a master’s degree in computational neuroscience from Boston University and her dissertation work involved predicting ADHD diagnosis in children using network features derived from brain imaging. Sara’s main intellectual interests include dynamical systems and machine learning on graphs, but she loves any kind of problem solving. In her free time she enjoys biking, playing board         games, and cooking.

What’s the latest in: Education 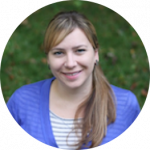 Mine is Professional Educator at RStudio and Associate Professor of the Practice at Duke University. Her work focuses on innovation in statistics pedagogy, with an emphasis on computation, reproducible research, open-source education, and student-centered learning. She is the author of three open-source introductory statistics textbooks as part of the OpenIntro project and teaches the popular Statistics with R MOOC on Coursera. 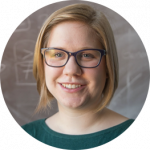 Amelia McNamara is a visiting assistant professor of Statistical and Data Sciences at Smith College and MassMutual Faculty Fellow. She holds a PhD in statistics from the University of California, Los Angeles. Her research is focused on making it easier for everyone to do and understand statistics, and she works at the intersection of statistics education, statistical computing, and data visualization. She is committed to open source tools and transparency in data science. 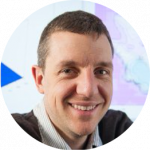 Benjamin S. Baumer is an assistant professor in the Statistical & Data Sciences program at Smith College. He has been a practicing data scientist since 2004, when he became the first full-time statistical analyst for the New York Mets. Ben is a co-author of The Sabermetric Revolution and Modern Data Science with R, and won the 2016 Contemporary Baseball Analysis Award from the Society for American Baseball Research. 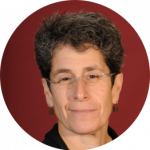 Valerie Barr is Jean Sammet Professor of Computer Science at Mount Holyoke College.  Recent data-related projects have included collaborative work with colleagues in biology, economics, and English.  Valerie is also involved in a sizable project in which she is (re)analyzing 50+ years of degree attainment data in U.S. institutions of higher education. 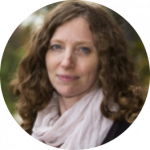 Dr. Foulkes is a Professor of Statistics at Mount Holyoke College. Her research includes developing analytic methods for characterizing the relationships among high-dimensional molecular and cellular data and measures of disease progression. These methods draw from cluster analysis, recursive partitioning, mixed effects modeling and Markov modeling. In addition, Dr. Foulkes is working on establishing methods for understanding the complex relationships among HIV-1 genotypic markers of resistance to antiretroviral drugs, cellular immune modulation and clinical outcomes. Dr. Foulkes received a B.A. in Mathematics from Brown University in 1994 and an Sc.D. in Biostatistics from Harvard School of Public Health in 2000.