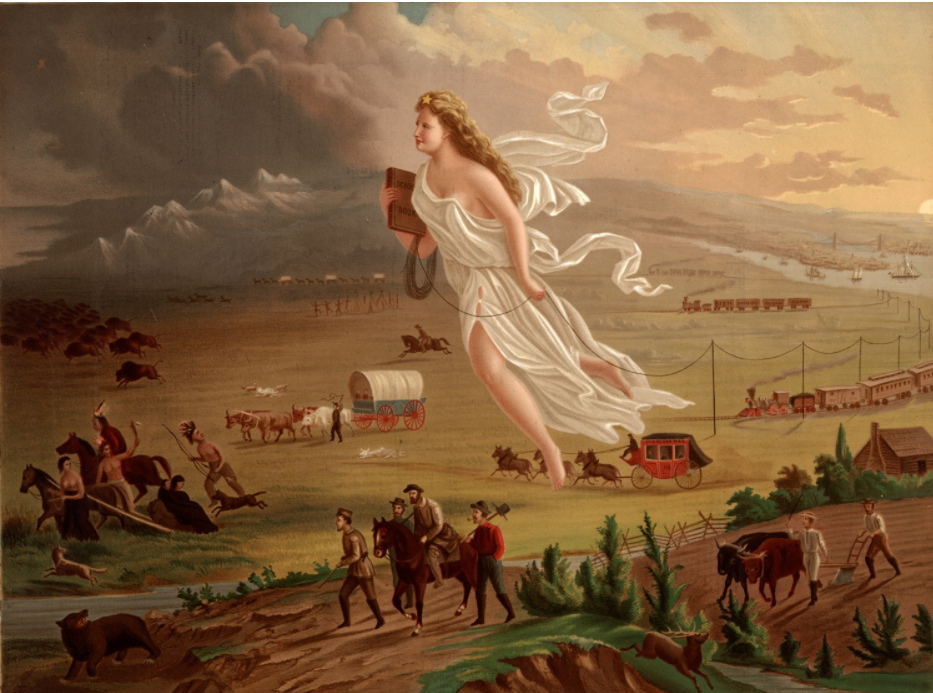 American Progress (1872) by John Gast. This painting symbolizes the belief of Manifest Destiny. Columbia, the female figure of America, leads Americans into the West. She is carrying the values of republicanism, as shown by her Roman garb, and progress, as shown by technological innovations like the telegraph and trains. In front of her, Indigenous Peoples and animals are forced into the darkness. 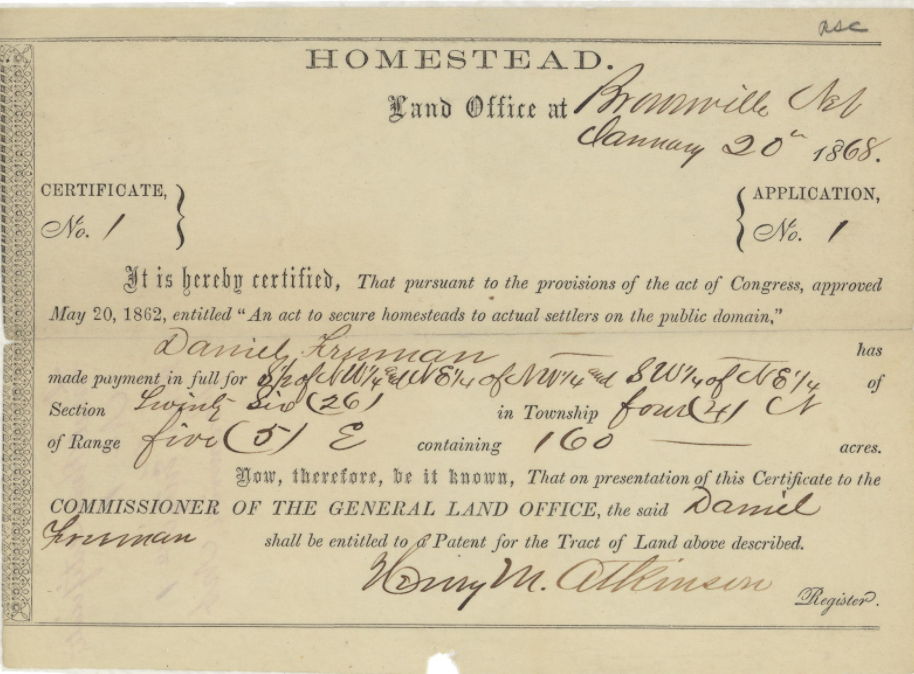 The homestead certificate of Daniel Freeman, the first American to file a homestead claim for land under the Homestead Act of 1862 (from The National Archives, n.d.). 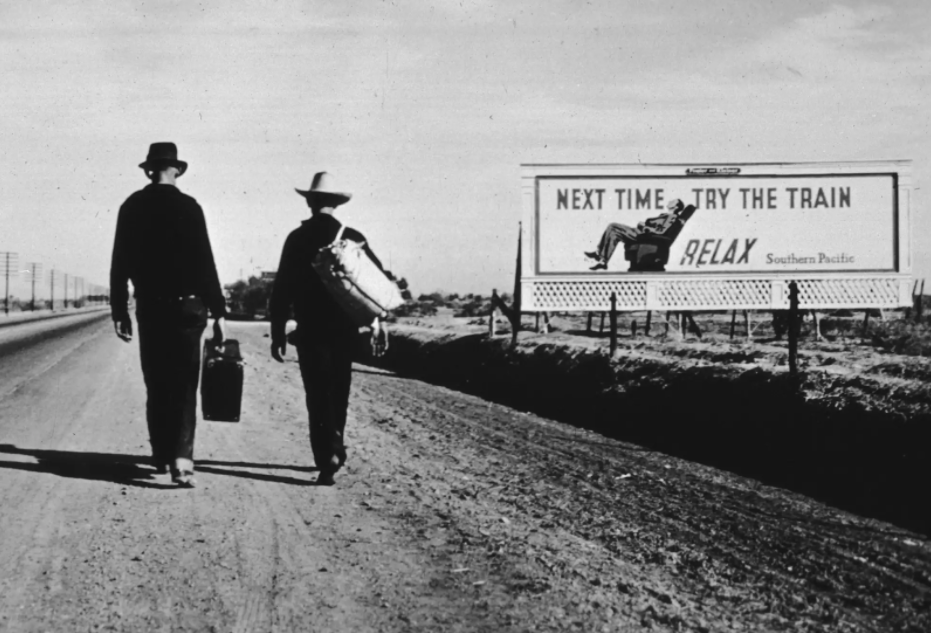 Two men who became unemployed in the Great Depression walking towards Los Angeles, California in search of work (from Amadeo, 2021). 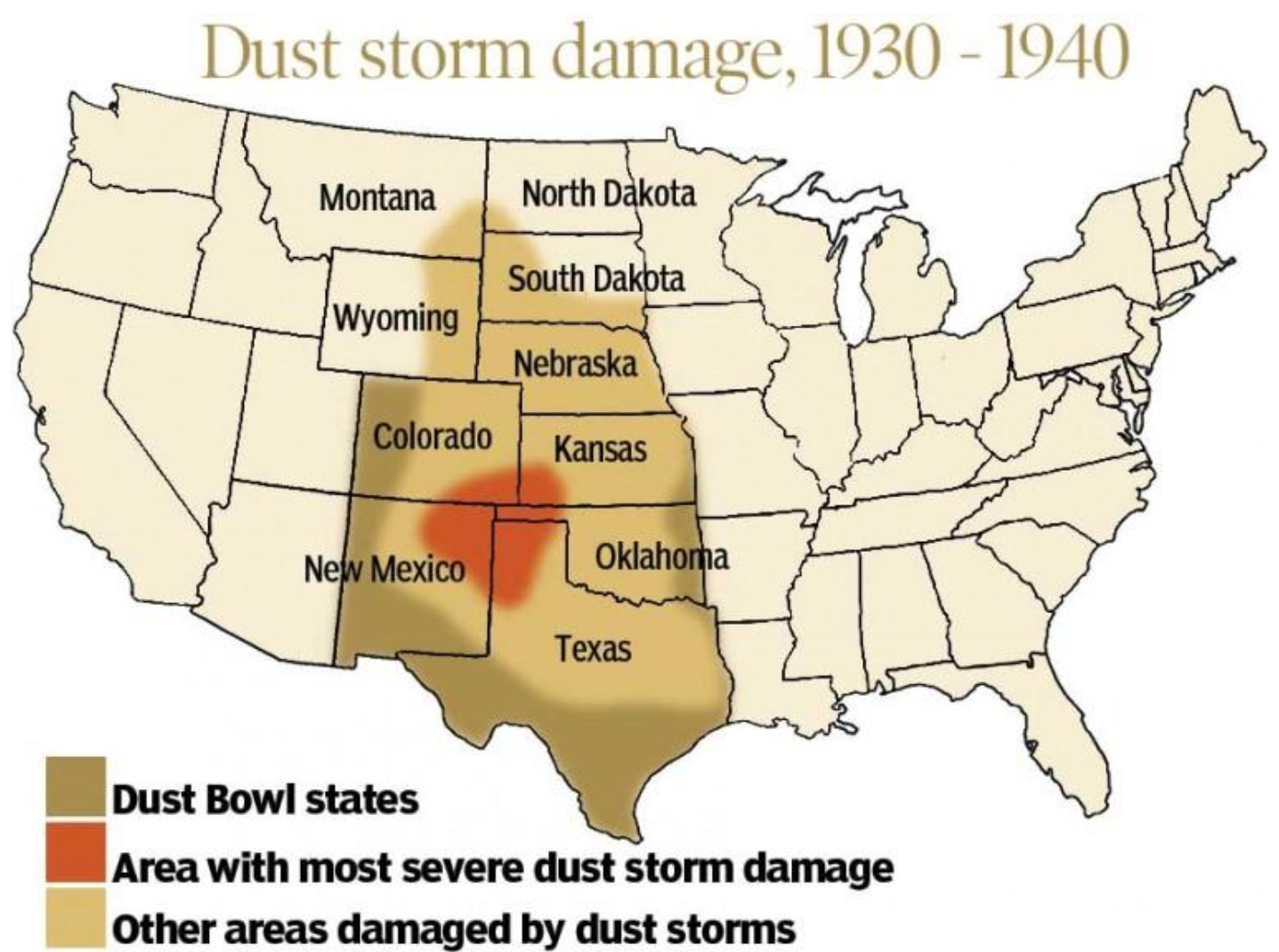 A map of the United States showing the area affected by the Dust Bowl (from Moore, 2020).