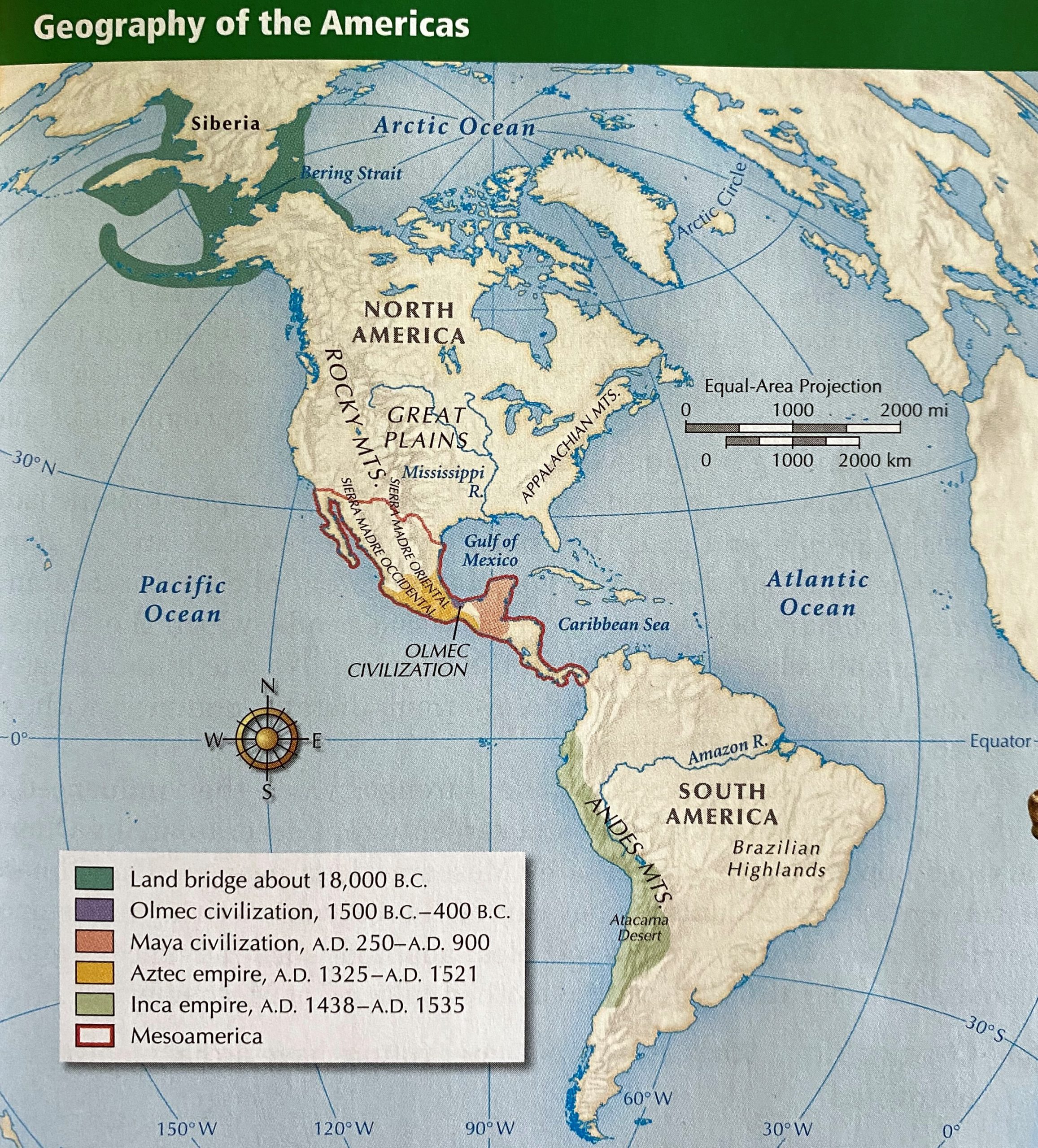 Map of the Americas. The Bering Land Bridge between Asia and North America in 18,000 BCE is shown in dark green. The map also shows the extent of ancient civilizations in Central or Mesoamerica (Ellis and Esler, 2014). 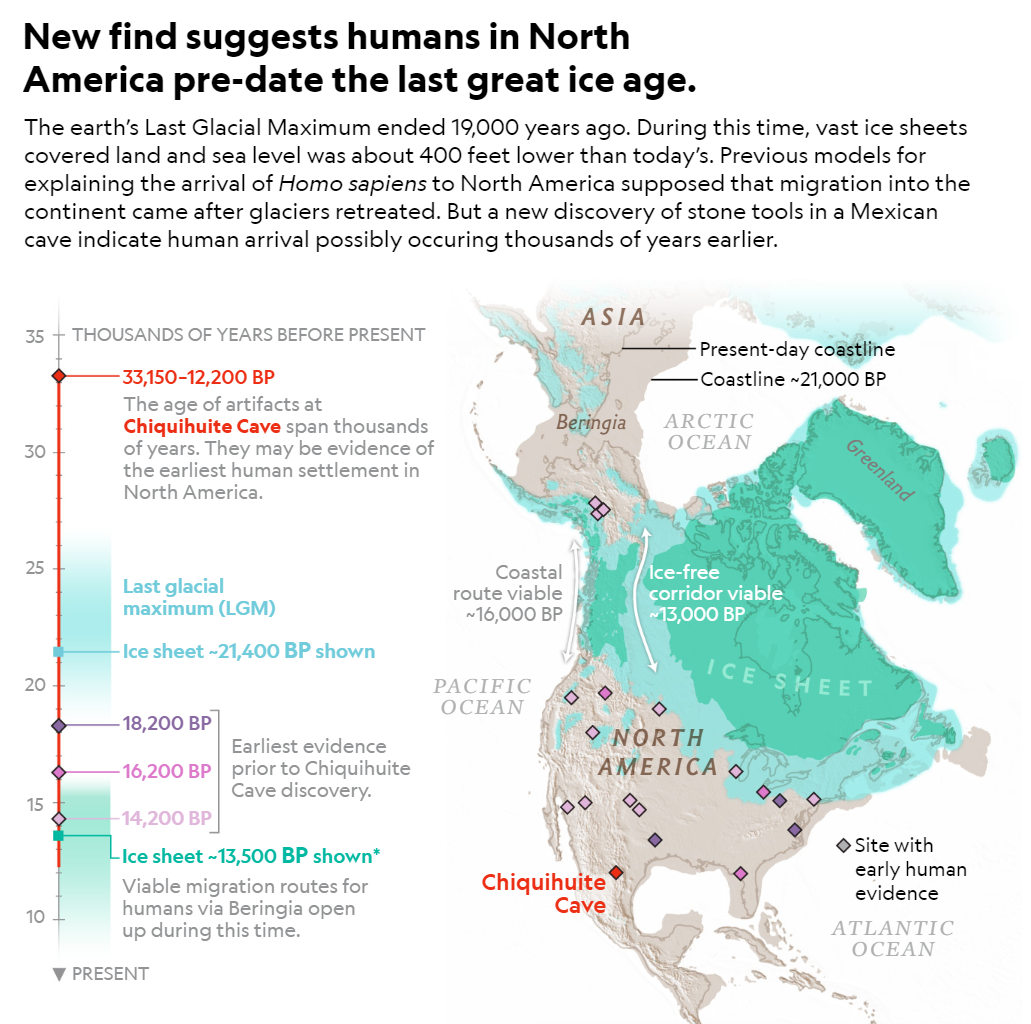 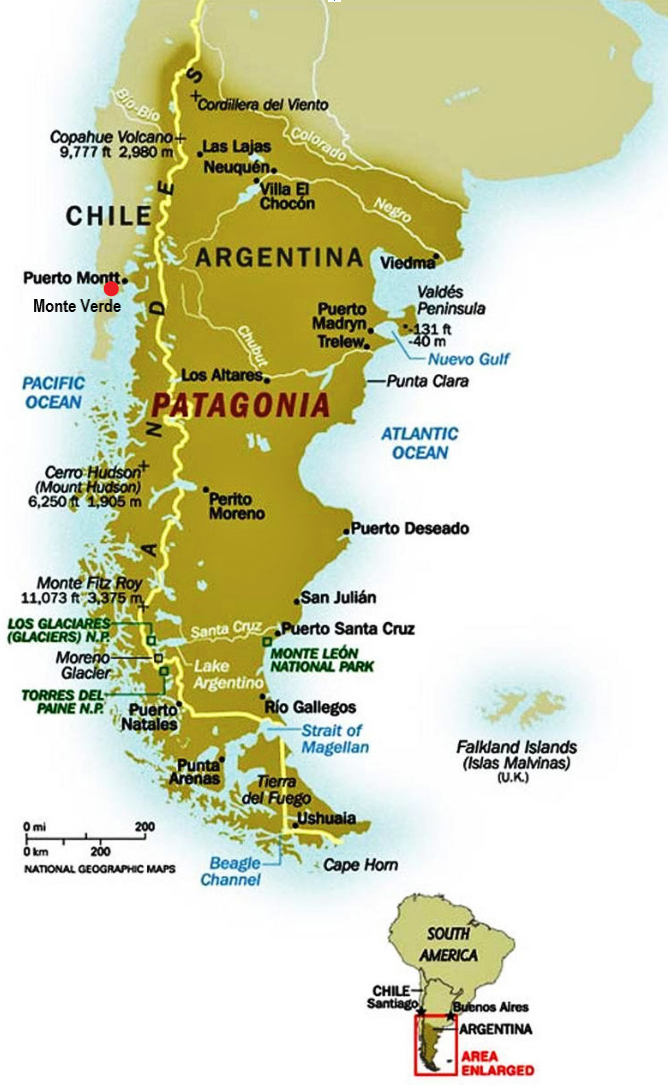 Map of southern South America. The Patagonia region is shown in dark brown. Monte Verde, located on the western coast, is marked with a red dot. The Strait of Magellan, marked in blue, and Tierra del Fuego are at the southern tip of the continent (from Salbuchi, 2010).