Definitions and Examples in a Sentence

1. (noun) a region of the earth having specific climatic conditions

I have lived in an arid climate my entire life, so when I visited the rainforest, I was shocked at how green the landscape was.

2. a. (noun) the average course or condition of the weather at a place usually over a period of years as exhibited by temperature, wind velocity and precipitation

Florida’s warm, sunny and humid climate attracts visitors all year-round, especially those from northern U.S. states and Canada who are trying to escape the cold and snow of the winter months.

b. (noun) the prevailing set of conditions (as of temperature and humidity) indoors

Normally I preferred to have the windows open with fresh air blowing through, but on especially hot days in the middle of summer, I was grateful for the cool, dry air conditioning of my climate-controlled office.

3. (noun) the prevailing influence or environmental conditions characterizing a group or period

After a particularly divisive and close election, the political climate of the country was tense.

The professor always tried to foster a positive climate in her classroom where students felt safe to express themselves and share their ideas.

Origin and Usage Through Time

Relative frequency of the usage of the word climate between the years 1500 and 2019 (from Google Books Ngram Viewer). 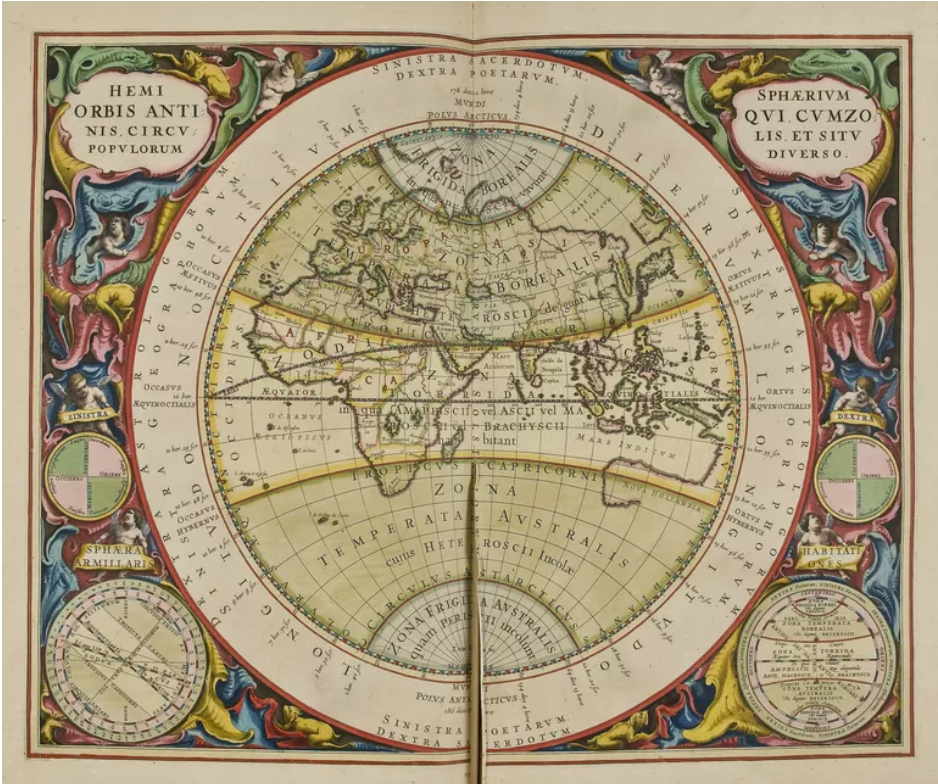 The simplified system of five climate zones devised by Aristotle: two frigid zones near each of the poles, two temperate zones at the mid-latitudes, and one torrid zone around the equator (from Means, 2019). 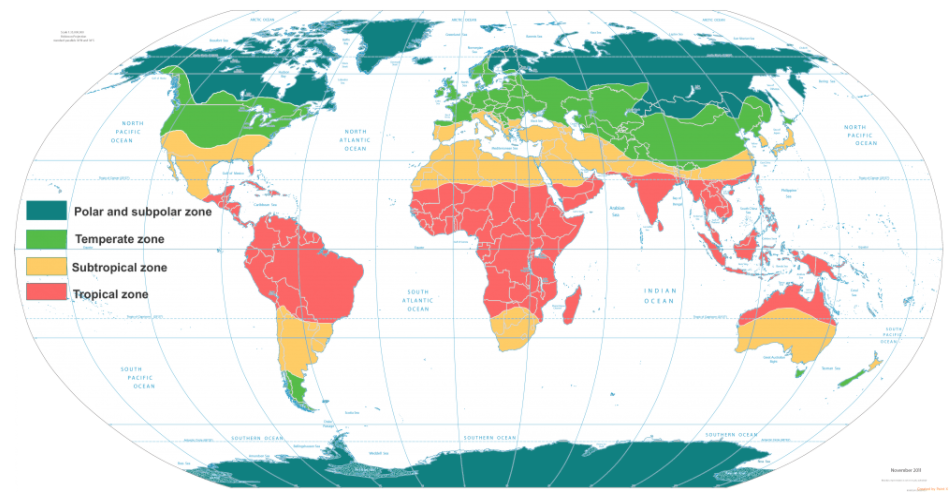 Map of the world showing the latitudinal distribution of the current main climate zones (from RStudio Community, 2020).

Words Related to or Including Climate 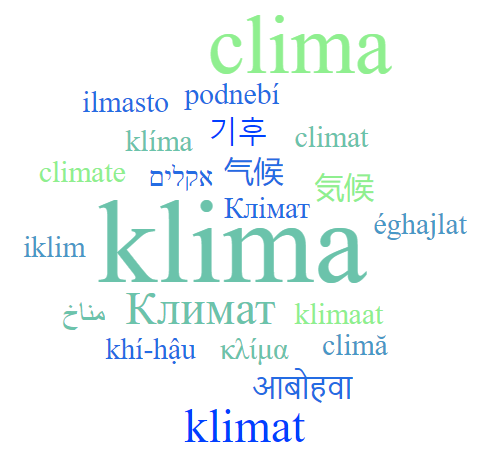