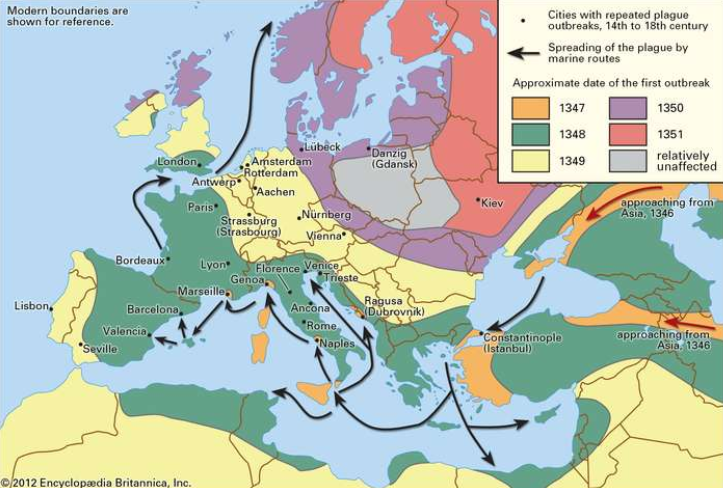 Map of the spread of the Black Death in Europe, northern Africa and the Middle East (from Encyclopaedia Britannica, 2020).