The San Gorgonio Pass is located in the “Big Bend” of the San Andreas Fault, a major right lateral strike-slip fault in California. To many, the San Gorgonio Pass is known as the strip of highway that is surrounded by wind turbines, sandwiched between the highest mountain peak of the Transverse Ranges, Mt. San Gorgonio, to the north and Mt. San Jacinto to the south. However in a geological sense, this particular region is comprised of a complex network of strike slip faults and thrust faults: major faults that include the San Gorgonio thrust fault, the Banning fault, and the Garnet Hill fault. 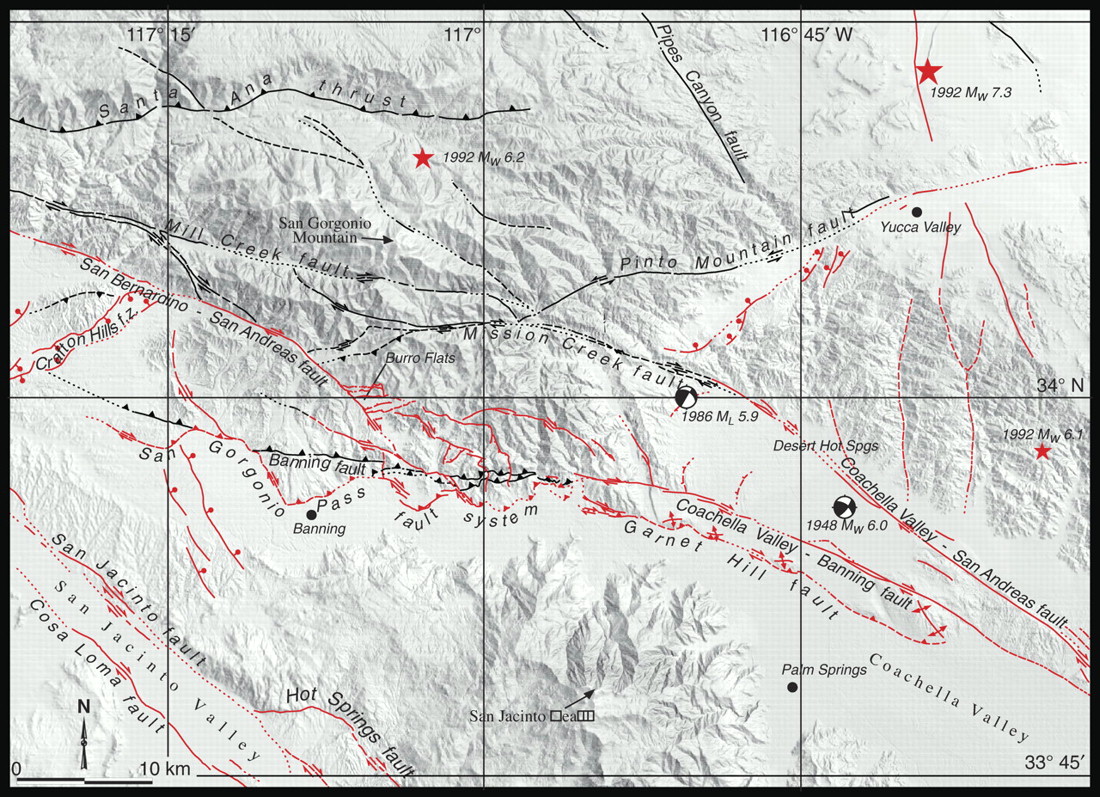 This region of the San Andreas is critical, since it may play a role in limiting the extent of slip during large San Andreas earthquakes (Yule and Sieh, 2003). A major earthquake has long been overdue in the area: the Big Bend segment has been accumulating strain over the years and is due for a major earthquake, such as the expected “Big One”, a magnitude 7.8 earthquake.