Variations in strike of the western end

Unlike the Banning fault, the Garnet Hill fault does not continue onwards into the San Gorgonio Pass and a NW orientation for the westernmost segment in the boundary does not have as much relevance in this as does the Banning models. However, it would be interesting to see what effect a NW orientation would have on the area. Both NW and SW models were tested and the results are shown below: 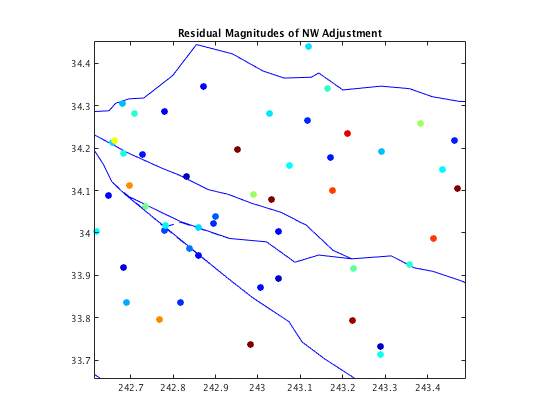 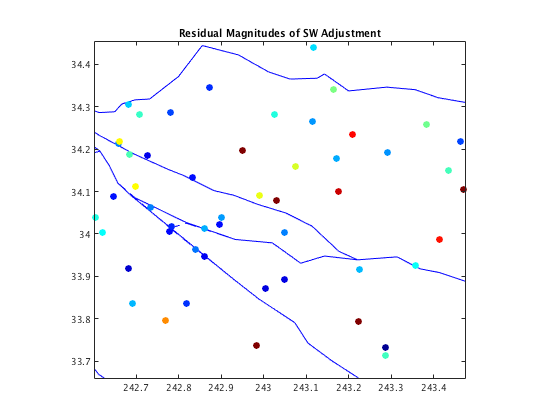 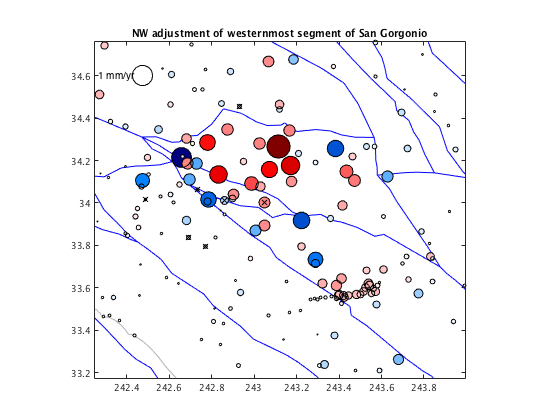 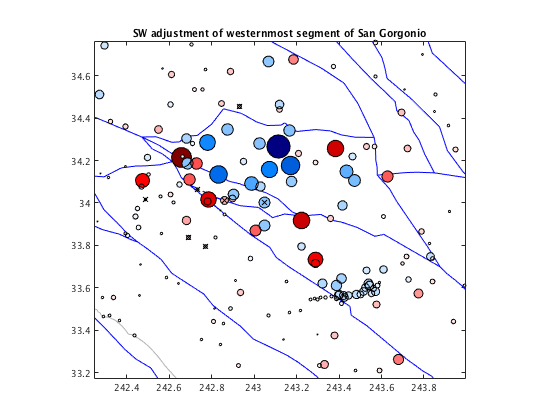 From these figures, we can deduce that a SW orientation on the westernmost fault segment does in fact reproduce GPS velocities along the study area better than the NW orientation, but additionally worsen the surrounding area. These results are very similar to that of the Banning Fault probably because the Banning fault and the Garnet Hill fault follow along a similar fault trace within a close proximity of each other. Because this study is focused on the San Gorgonio Pass, the SW model was further used for tests on dip and locking depth.