Variations in Fault Dip along the Garnet Hill Fault

Using the SW model, the dips of all fault segments were then set at 90˚ (default and standard strike slip dip), 25˚ and 45˚ (to test varying dips for thrust faulting). 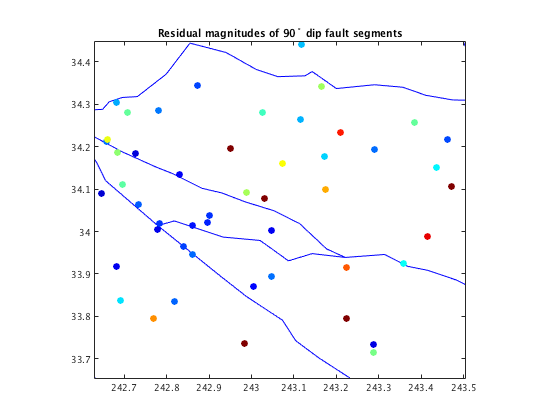 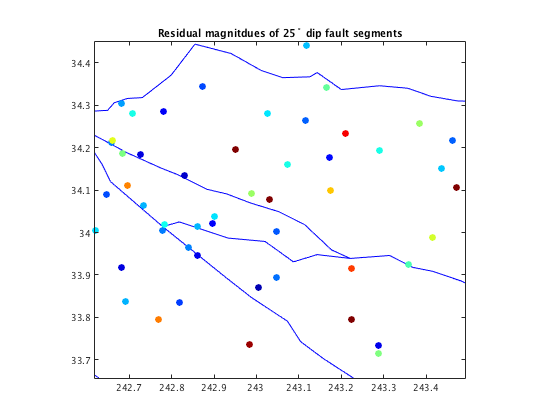 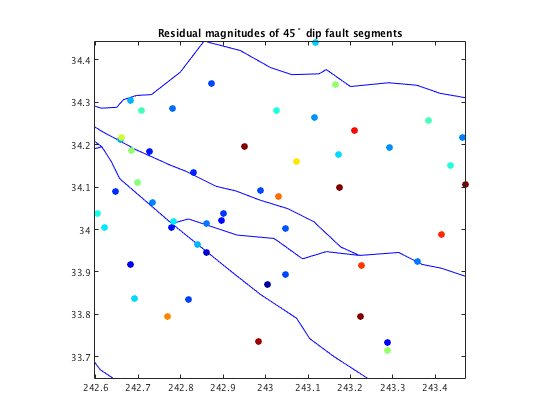 The residual magnitudes of each run suggest that the western most segments produce the smallest values for residual magnitudes when the dip assigned at those faults are 90˚ (strike slip). Perhaps this is due to the fact those westernmost faults are quite distanced from the heart of the thrust fault and is close to the strike slip faults lining the San Jacinto block boundary. And because faults tend to take on the characteristics of those nearby (and because the dominant motion among the San Andreas is strike slip), these edge fault segments could be strike slip. For the central region of the study area, the smallest residual magnitude resulted from a higher dip, however, it is still a problematic area, as mentioned before for the Banning fault as well. As for the western part of the Garnet Hill fault, the residual magnitudes were the smallest for a dip of 45˚. This is plausible because Garnet Hill gradually evolves into a dip slip fault the closer it is to the thrust fault.

By quickly stringing together a combination of the dips that worked from the trials above: 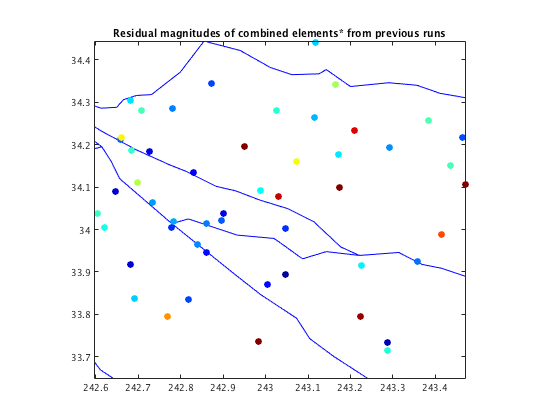