Over the past several weeks, I have worked on creating a star map for the Office of Alumnae relations. The map’s purpose is to celebrate “Smith Stars”—alums who have donated to the college five years in a row. 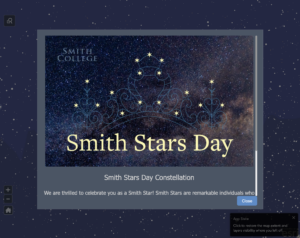 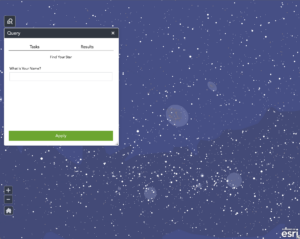 To begin, I created a sky chart in ArcGIS Pro, which became the basemap for the project. The sky chart overlaid astronomical information over the surface of the earth. This chart contained a lot of information—including the location of asteroids, comets, stars, constellations, and planets. While interesting, much of this information was not necessary for this project and made the map difficult to interpret. I therefore removed a number of these layers. I further edited the stars to give the perspective of someone looking up at the sky, with stars located closer to earth appearing bigger and brighter, whereas those further away look smaller and more dim.

Once these edits were completed, I exported the map as a vector tile to ArcGIS Online. Using the Web AppBuilder tool, I transformed the static map into an interactive web map. First, I created a “splash screen,” giving the user a synopsis of the map and how to use it. I added widgets that allowed users to look up their name—consequently making the app zoom into a star on the map with a pop-up window which included the name and class year of the “Smith Star.” 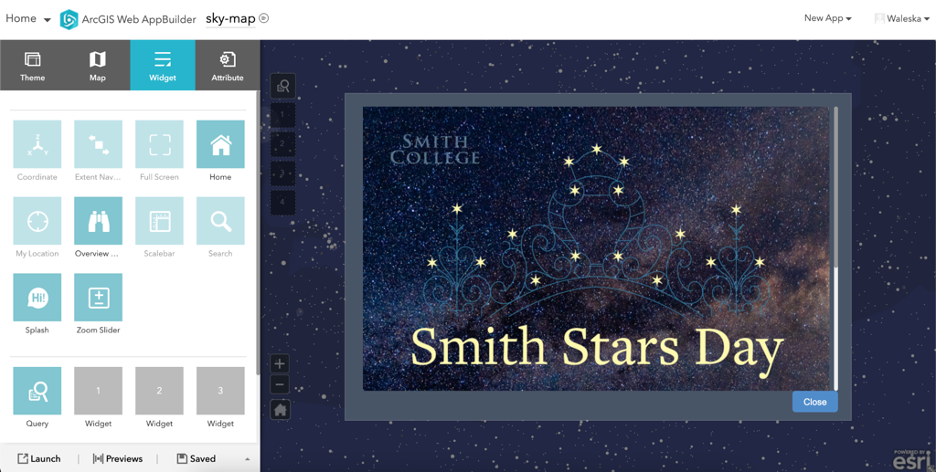 Because this map is designed primarily for Smith alums, I was cognizant that the final product had to be accessible to graduates who no longer attend the college. I wanted the map and website to feel inclusive to everyone connected to the wider Smith community, not just current students.