A cult classic, The Princess Bride first captured the hearts and minds of viewers on this day in 1897 (starting, of course, with the Grandson.)

The story followed a slew of characters as they traversed the inconceivable landscapes of Florin and Guilder. The love-revenge-espionage plot cast the characters in a wild game of cat and mouse, with Wesley tracking Buttercup’s kidnappers from Florin to the opposing nation Guilder, conquering remarkable geographies such as the Cliffs of Insanity and the Fire Swamp.

The movie was adapted from William Goldman’s 1973 novel of the same title. Goldman—like many of his counterparts—constructed an imaginary world to house his creations. Each author conceptualize their universe uniquely and to various extents (from a single location such as Paper Town to elaborate kingdoms like Middle Earth and Westeros). 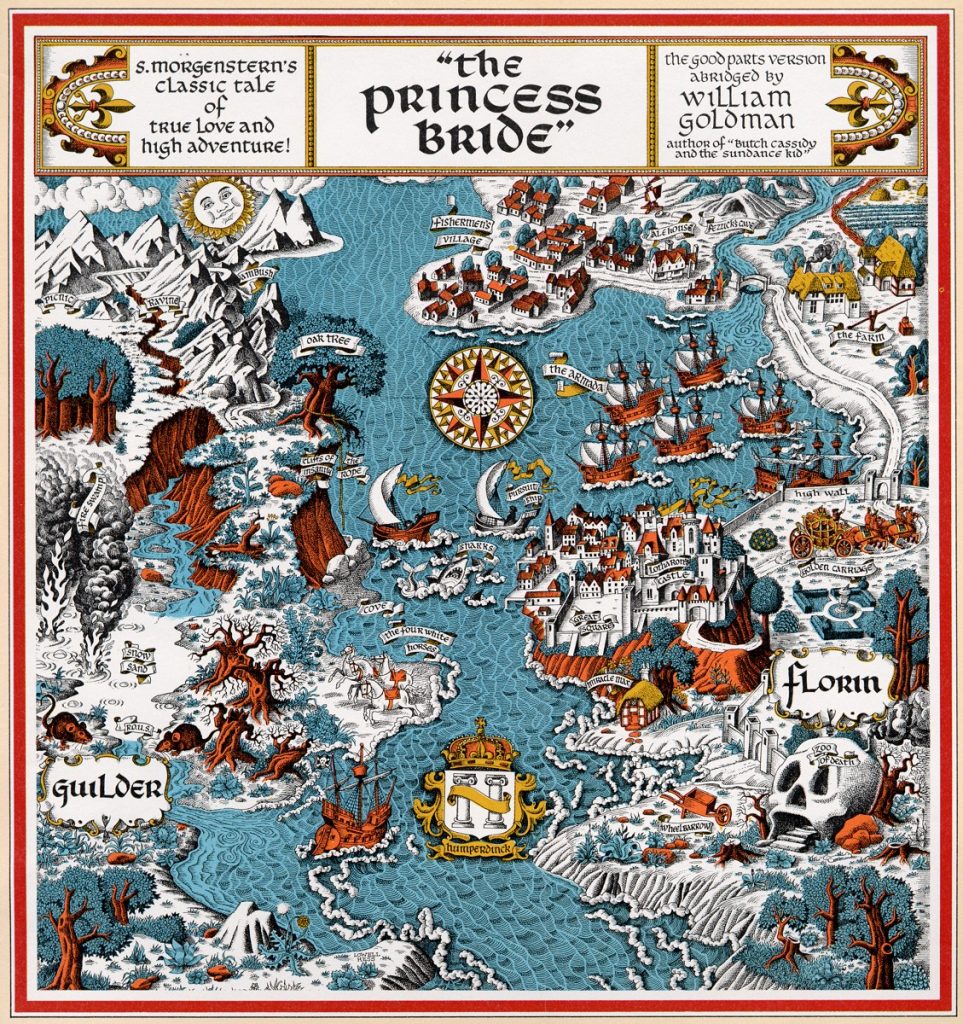 The beauty of fictional geographies is that, despite the amount of (if any) “guidance” from the author, each reader renders a different mental map of the universe. The Princess Bride inspired countless re-imagining of its world for almost half a century, prompting fans, artists, designers to produce works of cartographic art such as the following: