With 17 students, including Smithies, Five College students, and community members, this year’s interterm GIS class was one of the largest we can remember.  After modeling a flood scenario in Florence and discussing the nature of GIS data, the students were the first to test the blended learning module on cartographic design that we’ve been working on since last summer.  Like last year, we worked with two historic maps of the Yankton Indian Reservation in Lake Andes, South Dakota.  This year, though, after digitizing the parcel boundaries and entering demographic data about each landowner, the students uploaded their data to ArcGIS Online to create a Story Map depicting how the pattern of land ownership changed from 1906 to 1931, both in terms of gender and race. 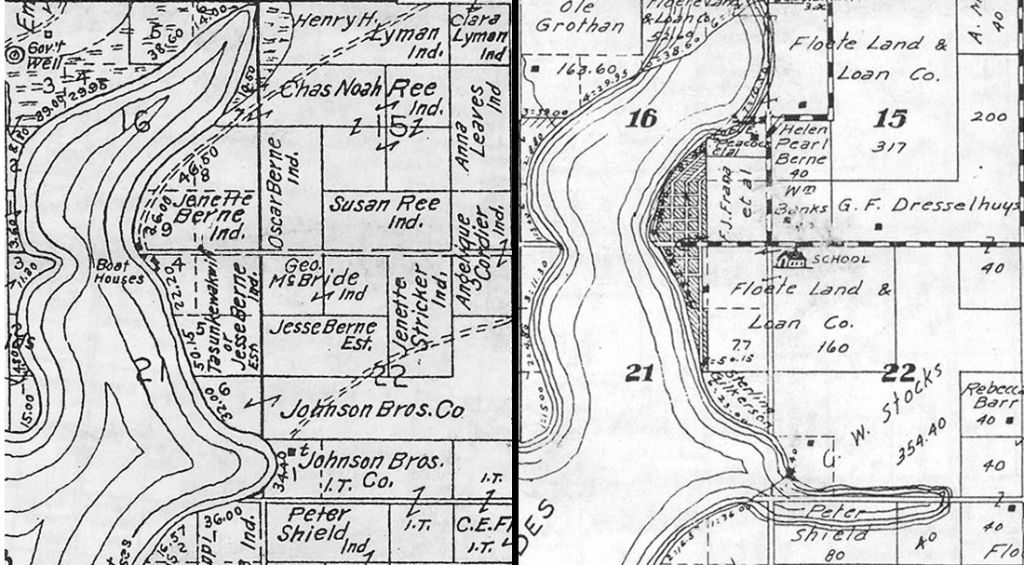 In our second lab, we examined the bikeability of the Five College area, specifically looking at the accessibility of the area’s colleges, K-12 schools, and grocery stores to the bike path.  On the last day, we tried something completely new: the SAL’s very first “Make It Work” challenge. Inspired by the make-it-work attitude of Tim Gunn and his mentees on Project Runway, we challenged teams of 2-3 students to use their Googling prowess to find and download different datasets and to troubleshoot issues in ArcGIS.  Though they had only a few days of GIS experience by this point, between the four teams nearly all of the problems we set up were solved!  The winning team won a drone lesson with the SAL staff.

If you couldn’t attend interterm GIS, you’re probably feeling left out of all the GIS fun right about now.  Worry not! The SAL will offer several GIS workshops this semester, so stay tuned to learn about more opportunities to learn about what we do. 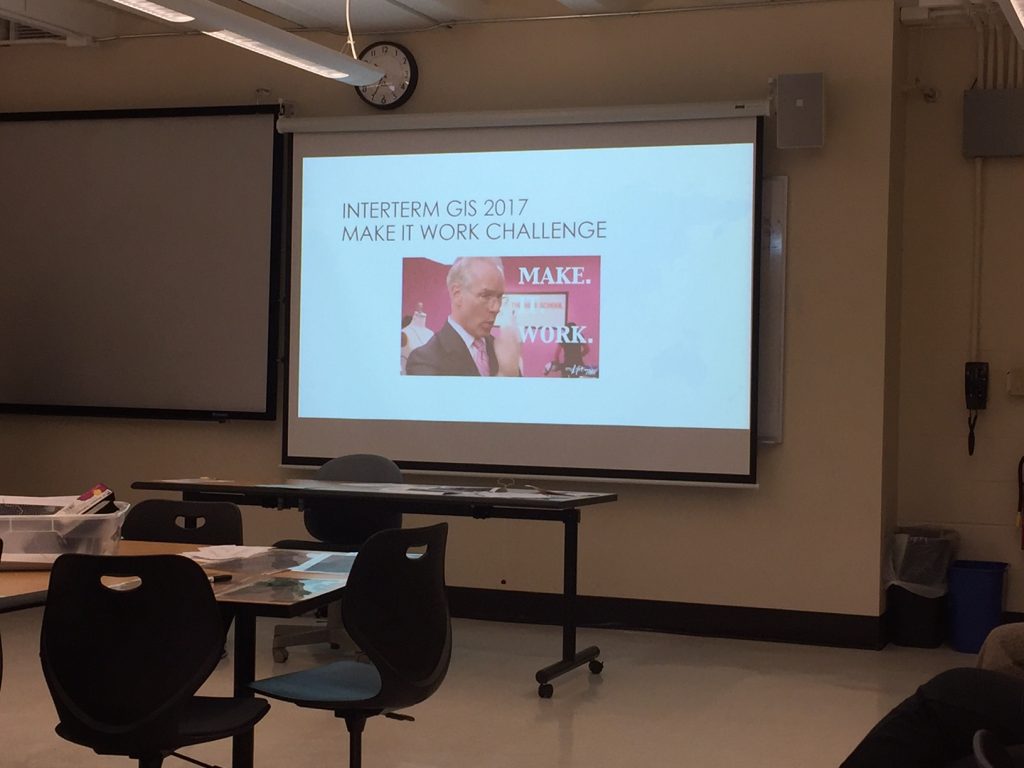