As an emergent technology, it is perhaps not surprising that there is not a clear consensus on what a drone is. Even what constitutes the technology of a drone—or, more accurately for the purposes of this grant, a civilian drone—is up for interrogation. Under FAA regulations, model airplanes, weather balloons, and military-grade weapons systems all fall under the rubric of unmanned aircraft systems. One can scarcely go a day without a story of commercial enterprises such as Amazon, Google, or major film studios testing the limits of these regulations, and scarcely another day without stories of governmental drone strikes, civilian attacks, and drone-assisted surveillance. In the popular imagination, the drone is a ghost technology—loosely defined, refracted away from humanity, hovering over us, haunting our movements.

Civilian drones, however, need not be terrifying. Indeed, it is important that drones be demystified. In particular, colleges and universities are a collective third space, outside the twin drives of private business and government, that have the potential to effectively research, experiment with, and develop policy around drone use in education and communities more generally. This project’s end goal is the development of the AIRLab (Aerial Innovation and Robotics Lab), a physical space at Smith College for experimentation, development, and inquiry into how drones might function in the undergraduate (especially humanities) classroom. Furthermore, the AIRLab is a platform through which the Five Colleges can model thoughtful conversations around drone use and policy not only for its students, staff, and faculty, but for peer institutions and local governments alike. The AIRLab has extends pedagogy in three dimensions, and asks students and researchers alike to envision a spatial classroom and laboratory. The aim of Make.Alt.Drone is to investigate how to engage, in practical and critical terms, civilian drone technology in the undergraduate classroom. In particular, Make.Alt.Drone will use civilian drones as a jumping-off-point to consider the emerging relationships between humans and robots, and as a touchstone to encourage students to ask questions of and influence the future creation of these relationships. 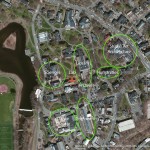 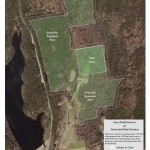 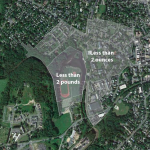 Current setting ~ most of the furniture will be removed 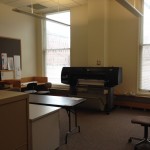 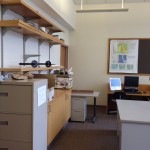 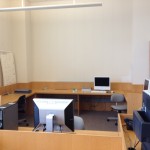 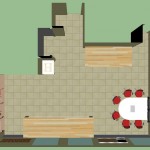 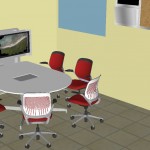