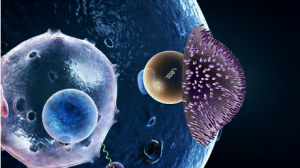 Chronic Obstructive Pulmonary Disorder (COPD) is a group of conditions consisting of a number of respiratory defects that result in an obstructed airway (Wheaton et al., 2015). In this study, we explored the effects of COPD on infection rate and recovery rate of influenza. COPD weakens the respiratory system and tissues with symptoms like chronic cough and sputum production (Wheaton et al., 2015). Because of these effects of COPD, the influenza virus can infect lung tissues easier, increasing the susceptibility of people with COPD to the influenza virus. In addition, once infected with the influenza virus, people with COPD will recover slower than those without a chronic respiratory condition.

It was found in 2013 that approximately 6.4% of the U.S. population (including the District of Columbia and two U.S. territories) reported being diagnosed with COPD by a healthcare professional (Wheaton et al, 2015). This would be about 15.7 million U.S. residents in 2013 (Wheaton et al., 2015). It was also found that 10.6% of viral respiratory infections of those that have COPD are due to influenza viruses (Kwak et al., 2016). Several studies, from 2012-2013, have shown that once infected with influenza, patients that also had COPD had a slower and longer recovery rate than those without the disorder (Kwat et al., 2013). In order to model the transmission of and recovery from influenza for both a COPD and normal population, the SIR model was employed.

We modified the SIR model to account for the differences in infection/recovery rates of COPD population. For simplification purposes, we kept our total population constant by assuming there were no births and that all influenza and COPD cases were nonfatal.We subdivided the S (susceptible), I (infected), and R (recovered) groups into two subcategories (without COPD and with COPD) and supposed that within these subcategories everyone had the same infection/recovery constants (we did not take into account age, health, and other variables). People with COPD have a higher influenza infection rate than the non-COPD population. Hence, we used two different infection constants (a and b). Similarly, the infected population with respiratory diseases has a smaller recovery constant (m) than the non-COPD infected group (k). As shown in the differential equations below, the rates of change of the SIR groups are different for the COPD and non-COPD subdivisions.

One way in which we could’ve made the model more specific is by modifying it on a scale of the U.S population for which real date for influenza transmission and recovery in people with COPD indeed exist, but once we tried it, we saw that that model was not resulting in anything. The results of our model with smaller numbers, however, confirm that people with COPD are indeed more susceptible to getting influenza in a given season, and that once they have it, they also recover at a slower rate. This is of course, due to the fact that COPD already severely compromises their immune system, making it more vulnerable.