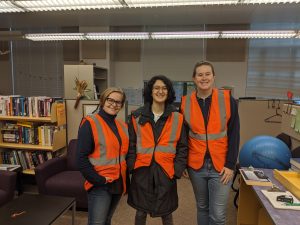 2019-2020: In collaboration with personnel at the Northampton, MA Department of Public Works (NDPW), the student team developed a viable solution to reduce the occurrence of flooding on Elm Street in Northampton. Flooding along this particular stretch of roadway is especially problematic given it serves as a main access to a hospital and the high school.

The team identified sites and adapted designs of low-impact development (LID) storm water features for those sites, creating a system that was shown through modeling and simulation to significantly reduce flooding in the area of interest. Through their numerical modeling work, the team also identified issues with an existing model of the watershed that when remedied, should help the NDPW finalize a design that will effectively remediate the flooding with less environmental impact and lower cost than several previously proposed fixes.