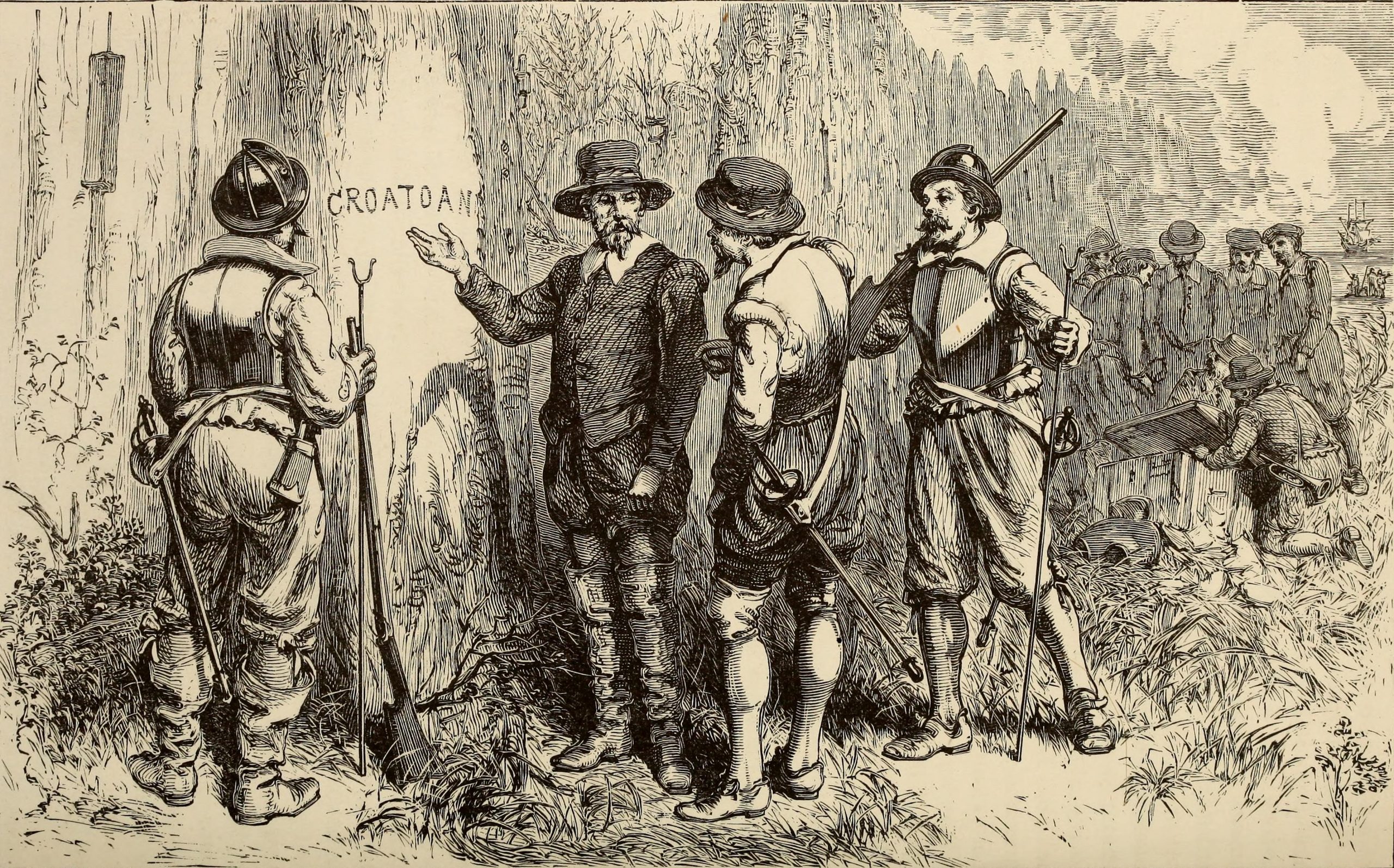 The Lost Colony, design by William Ludwell Sheppard, engraving by William James Linton (from A Popular History of the United States, 1876).