SolidWorks (SW) is the engineers and designers workhorse at Smith. It’s a widely used 3D CAD/CAE software package. Wikipedia has a good overview of it that’s worth a quick read if your unfamiliar. If your goal is to become an engineer it is pretty much assumed that you will be competent in using a parametric 3D modeler, such as SW. If you want to use the Rapid Prototyping equipment to cut parts or create 3D models, SW will enable you to do that. If you would like a part machined in the CDF, a drawing of it will make it easier for the staff, and also help you learn how to document your design intent. Drawings are a easy outcome of a part once it’s designed.

At Smith, the Engineering Department has ten seats of SW. These are Installed on any Windows PC in a classroom in the science center, including dual boot Macs. Up to ten concurrent users can be running SW at any time.

The following sequence of images illustrates the three main aspects of solidworks.
First the Part. 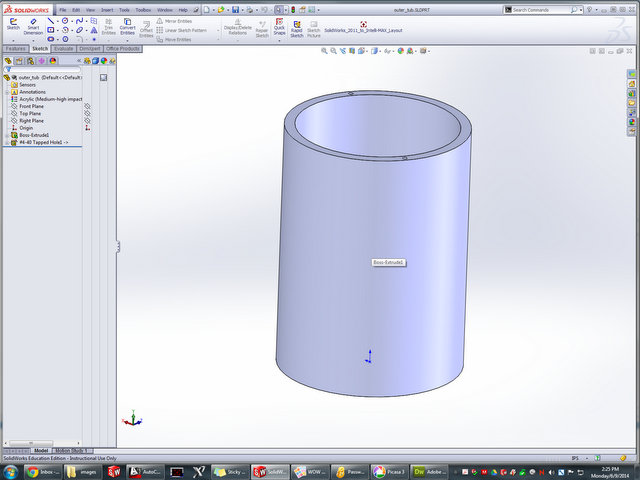 Next is the Drawing. 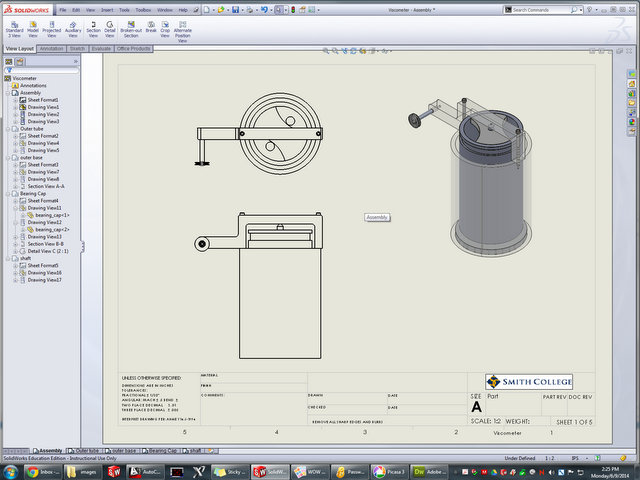 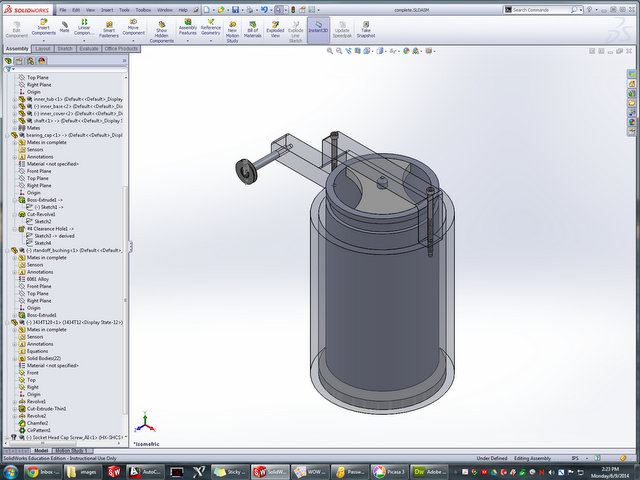