The conflict between Mauna Kea and astronomers wanting to build the Thirty Meter Telescope has been going on since 2009 when the mountain was deemed the best possible location. Mauna Kea is a great place for a large telescope because of its dark skies, high elevation, low humidity, and positioning above some of Earth’s lower atmosphere. But one main reason why Mauna Kea is not an ideal place for observation is because it is sacred to the kia’i. Mauna Kea is considered sacred to the kia’i because it is where their origin story is directly tied to the mountain as it is where “the very beginning of Earth from which man descends” (Noe Noe Wong-Wilson a kia’i leader). 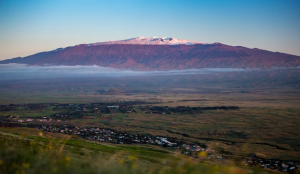 Protestors have put on protests and demonstrations ever since 2009. They have blocked the roads, filed court cases against construction permits, and have successfully broadcasted to the US their fight against the TMT. The protests have continued for the past 11 years with support coming in from across the US and it becoming a big topic of debate. Another concern fueling the protests is fear that the construction will contaminate nearby ground aquifers.

One quote that really struck me from this article was from native Hawaiian, Sara Kahanamoku, who said, “Astronomers oftentimes think that an interest in the universe and our origins in the universe is what unites all cultures. But [they] maybe don’t realize that some cultures don’t necessarily need to explore the universe to know where we come from.” Like we have talked about in class to reach your audience you need to connect with them on something they care about. You can’t force them to care about something. It seems to me that astronomers have been hammering away at the importance of discovering the universe to the kia’i but it is evident that this is not a point of concern to them.

Due to COVID-19, operations at the Mauna Kea Thirty Meter Telescope have been halted. Over 500 employees will continue to work on what they can from home. But this leaves any progress on the telescope indefinitely pushed back. In the meantime, some employees have refocused their work on online STEM outreach through their website and youtube.

Protestors have also suspended all in-person protests. They will continue to monitor activity on Mauna Kea and connected to the Thirty Meter Telescope. On the halted telescope operations protest leader, Andre Perez, said, “We want to declare victory for this battle. The struggle is not over, but we have prevailed in protecting Mauna Kea. There is no construction on the mountain.” 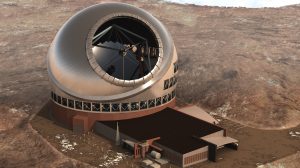 In Hawaii, 618 people have tested positive for coronavirus with 526 of those people recovered. 18 people died of coronavirus in Hawaii. Hawaii is currently in the middle of a stay at home order which started on March 25th and will end on May 31st. It appears at this moment that they are past the curve. 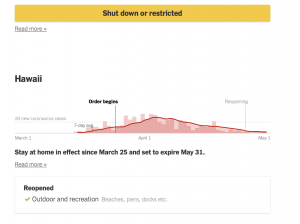 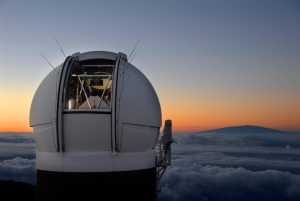 During a time when observations cannot continue as normal and conferences cannot be held we can refocus on looking at the stars in our own backyard. With air pollution decreased due to less air travel and car travel visibility has improved. One great way to get outside while still social distancing? Go outside at night to look at the stars.

Meanwhile three astronauts have returned back to Earth from the International Space Station. They were met with a recovery and medical team that had been under medical observation for a month to ensure that the astronauts would not be exposed to coronavirus directly upon arrival.  A different three astronauts arrived at the ISS on April 9th  amid concerns that they might bring coronavirus up into space. Extra precautions were taken in preparation for their launch as an outbreak onboard the ISS would be disastrous.

Before COVID-19, oil dominated the energy industry across the globe and was projected to dominate for decades to come. Oil use was also expected to continue to grow. The continued large scale use and actual increase of oil would add to the amount of carbon dioxide in the atmosphere. Used mainly in transportation, oil fuels airplanes and vehicles.

Now during COVID-19 and social distancing, society is no longer traveling and moving around as much as we used to. Travel by plane has decreased 95% from one year ago. Travel by car is also down as less people are driving to work or to restaurants and other locations in their free time. Overall this means that we are using less oil than we used to. The International Energy Agency reports that, “Global oil demand is expected to fall by a record 9.3 million barrels per day year-on-year in 2020”. This negative trend in oil usage will probably continue until a vaccine is available for global use.

While transportation has decreased, telecommunications have increased. This requires electricity which can be provided by renewable resources. It is likely that after a vaccine has been found, telecommunications will continue to be in wide use. This large change in society could be used to shift our reliance of oil onto renewable sources such as solar panels and wind turbines which can be cheaper than oil or coal. I hope that going forward we can make this switch.

It’s May 1st, the first day President Trump has said states can begin to reopen. As new cases of COVID-19 are occurring less and less states are eager to start reopening. Plans to start slowly reopening businesses and schools are differing from state to state as the federal government has left it up to the states to decide. While some states such as Florida and Georgia are moving full speed ahead to reopen despite concerns, other states are moving more cautiously such as Hawaii. 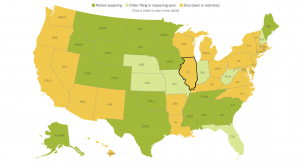 With reopening comes the risk of an increase in infections and deaths. This is a reality of easing out of social distancing. Going forward the amount of increase needs to be carefully watched to make sure it is not a huge increase. As Vermont governor, Phil Scott, puts its, ” the balance will be how many new cases we’re comfortable having”.

One large question going forward is how different states reopening phases will affect other bordering states. If one state is partially reopened and a bordering state is shut down or restricted will the restricted state shut its borders to the partially reopened state? Dealing with reopening in the United States is very different compared to other places such as Europe where  countries reopen the whole country at the same time and have borders closed to other bordering countries.