Mauna Kea and the Thirty Meter Telescope are in the news frequently. However, it is far from the only observatory embroiled in controversy or on a contested mountain. Kitt Peak, which is on Tohono O’odham land, is another notable example of this. Kitt Peak is obviously a settler name; the Tohono O’odham call it Iolkam Du’ag. This mountain is of tremendous spiritual and cultural significance to the Tohono O’odham, who regard it as the garden of the creator and the second most sacred peak in the region.

The Kitt Peak National Observatory is on Tohono O’odham land which has been indefinitely leased to the National Science Foundation (NSF) since 1956. However, this agreement was never as conflict-free as some astronomers have presented it. The tribe rejected the first two versions of the agreement, finally accepting the third. Recent scholarship shows that the Tohono O’odham were conflicted about whether to agree to the NSF lease, which goes against the traditional narrative that it was unanimous, and that financial incentives were involved.

In 2005, the Tohono O’odham sued the NSF, saying that they had violated the National Historic Preservation Act on multiple occasions. For this reason and for dishonest and unfair representation of their interests in the 1956 meeting, they also sought to void the lease agreement. Partial victories for the Tohono O’odham followed. The observatory continues to operate, with increased outreach to the tribe and educational and employment opportunities. While the most active contention seems to be past, it seems unlikely that this dispute is permanently resolved. There must be honest and open communication that accounts for the differences in power between the Tohono O’odham and NSF, the history of colonialism, and the meaning of the mountain for the region’s original inhabitants.

A few weeks ago, the fact that a tiger at the Bronx Zoo tested positive for covid-19 made headlines. Now, it’s not just the big cats in the zoo: two house cats in New York state have the virus. They join the short list of confirmed pet cases, which mainly consist of several dogs and cats in Hong Kong and Belgium. 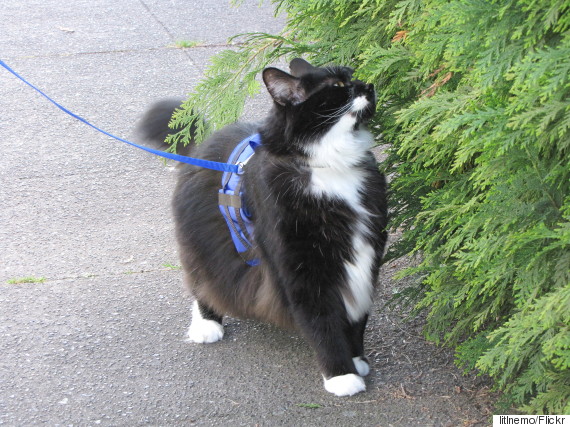 The cats were tested because they exhibited symptoms of mild respiratory distress. The CDC believes that they cats contracted it from people that they live with or near. One of the confirmed sick cats lives with a person who tested positive for covid-19; the other doesn’t, although its owners could have been asymptomatic or had the virus mildly. 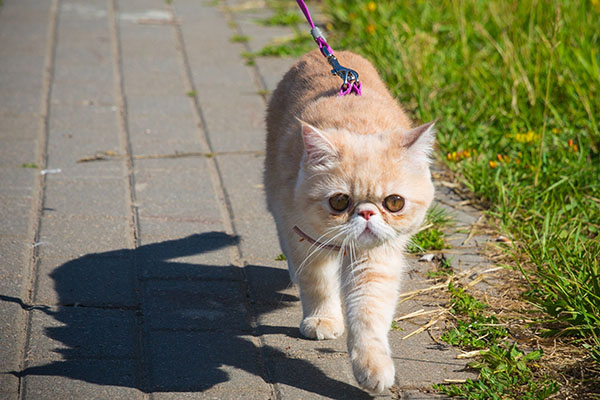 These cats are expected to recover as their symptoms were mild. It’s clear that people can spread the virus to their domesticated pets and even zoo animals—research shows cats to be particularly susceptible when compared with other animals. But, earlier this year, a Hong Kong research agency found that it was not transmitted from dogs to people, only vice versa. People should not be worried about contracting the disease from their pets.

To be safe, the CDC recommends that cats and dogs follow the same social distancing guidelines as their people. 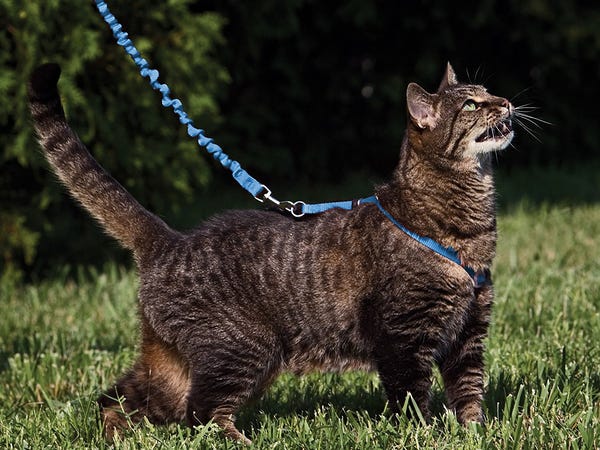 In the last couple of weeks, there have been grim images of thousand-people-long lines for food banks and disheartening images of excess crops left to rot in the fields due to interrupted food supply chains. These contrasting images reveal some of the hypocrisy of the artificial excess and scarcity of (commodified) food in the present moment.

One speck of good food news during the pandemic shut down is found with small-scale, community supported agriculture (CSA) farms. As supermarkets’ shelves empty and conventional food supply chains seem more uncertain, customers’ interest in participating in these programs has skyrocketed. People are finding security and comfort in buying vegetables from local farms. It also shields them from stepping foot in supermarkets. In comparison with buying veggies at a supermarket chain, this keeps money circulating in the local economy and means that food travels less and therefore has a lower carbon footprint. Good things!

In many cases, CSA farms have been forced to turn interested customers away or put them on a CSA waitlisted. They simply cannot accommodate this sudden surge of interest. A farm in the Bay Area experienced a 50% increase in the demand for CSA boxes in just a matter of days. It now has a 350 person waitlist. And that’s just one example.

This doesn’t mean that these enterprises have it easy, or that they’re free from struggle. Another farm with a CSA component in New York is faced with a new conundrum. Local interest in its CSA program has exploded, and while it desperately needs the income to make up for what it is losing from its usual farm stand and restaurant produce sales (the closure of restaurants has had a major impact on local farms that purvey produce to them), it lacks the infrastructure to accommodate this sudden surge of interest. That said, its farmers are grateful for the increased revenue coming from their CSA program.

Hopefully, as the country adjusts to a new “normal” and the worst of the pandemic passes, people will continue to support their local farms through their CSA programs.

The latest example of public policy not heeding science? Yesterday’s primary election in Wisconsin. It’s also a prime example of the different partisan responses to the pandemic. While the state’s Democratic governor, Tony Evers, attempted to postpone the primary and extend absentee voting, the initiative was blocked by Republicans in court. The national Democratic Party can’t be fully exonerated, however, since it continued to call for states to hold in-person primaries through March, also going against scientific recommendations.

As a result, people were made to choose between their corporal and civic health. Obviously, exercising your citizenship rights should not come at a severe risk to your health. Those who voted were treated to hours-long lines, where they were forced to stand in relatively close proximity to others. Poll-workers who interact with thousands of voters face an especially high risk of contracting the disease as well as spreading it to voters (in March, the spread of covid-19 in Illinois was linked to polling places and poll-workers). Milwaukee, Wisconsin’s largest city with nearly 600,000 people, only had five open polling places.

And, of course, there are large class and racial discrepancies in which people already had absentee ballots and could vote from the safety of their homes and which had to wait in the long lines and put themselves at increased risk. Adding to the disaster, many people who requested absentee ballots never got them and an initiative to extend the receipt deadline was blocked by the conservative court.

Wisconsites protesting the state’s decision to proceed with the primary election, despite the fact that many others have postponed their primaries.

Because of all this, voter turnout was seriously depressed. In some localities, it was down 90% from the 2016 primary. Continuing the partisan attacks, Wisconsin Republicans dismissed criticisms that the handling of the election led to voter suppression. All of this throws into question the legitimacy of the election results. Certainly, this isn’t what a high-functioning, true democracy would look like.

In response to the coronavirus, Ireland nationalized its hospitals and healthcare system. Ireland’s Minister of Health declared the state’s intentions by saying, “For the duration of this crisis the State will take control of all private hospital facilities and manage all of the resources for the common benefit of all of our people. There can be no room for public versus private when it comes to pandemic.” Here, he explicitly connects the nationalization of hospitals to “the common benefit of all” in Ireland, implicitly acknowledging that the preexisting system does not prioritize the public good.

The Health Minister further said that “we must of course have equality of treatment, patients with this virus will be treated for free, and they’ll be treated as part of a single, national hospital service.” Ireland’s takeover of its private hospitals will only last for the duration of the pandemic, which has led to some criticism.

This change is important because healthcare policy—primarily, how many people are covered and how “affordable” it is—has long been deeply politicized in the United States and in countries around the world. That a government decided to take such measures will provide its residents with the experience of a nationalized, non-profit-oriented healthcare system (which they may advocate to keep in later elections) and it will save many people’s lives.

These efforts also show that many “impossible” political goals are possible: what is often most lacking in political will, not the actual means to enact ambitious policy. Additionally, Ireland’s nationalization of its healthcare system has provided inspiration to politicians in the United States; Representative Ilhan Omar called for the United States to do the same thing for the duration of the pandemic. Doing so would ensure that people’s access to COVID-19 care and testing are not dependent on their existing insurance or income. Morally, this is the right thing to do. It’s also scientifically one of the best things to do for public health.

Last, Ireland’s healthcare response provides particularly relevant inspiration for the United States, where health insurance is often tied to employment. In the last two weeks alone, roughly 10 million Americans have filed for unemployment. Those that were lucky enough to have health insurance through their jobs no longer have it. Thus, as unemployment rises, the number of people without health insurance is also rising. Health care is essential for public health. Now, in the midst of a pandemic, more than ever, it’s abominable that people will be denied the care they need to live because they lack insurance and can’t afford the hospital bills. Even if just for the duration of the pandemic, the United States should put its people before its insurers’ profit and follow Ireland’s lead. For once, science and morality are on the same policy page. We too should have policy that honors both.