The TMT, or Thirty Meter Telescope, is an ambitious project which receives major push back from the people of Hawaii.  Reading about the constant protests of its construction on Mauna Kea has had me thinking; why not move to the secondary location? 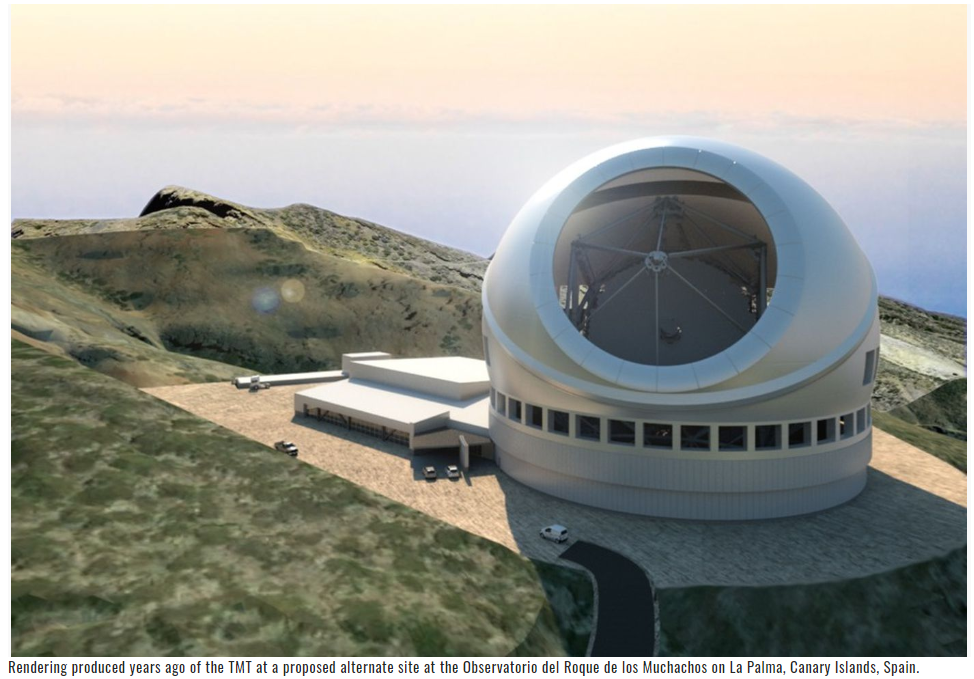 The TMT International Observatory took many factors into consideration when choosing the TMT’s primary and secondary sites.  Obviously, Mauna Kea is favored for its extremely high elevation, dry climate, and dark skies.

The TIO considered several sites as a secondary location, two sites in Chile, one in Mexico, and one on Spain’s Canary Islands.  The team wanted to keep an even distribution of ELTs across the globe for projects like the Event Horizon Telescope, and taking other factors into consideration, the TIO decided that the Observatorio del Roque de Los Muchachos in La Palma, on the Canary Islands as the secondary site for the TMT. 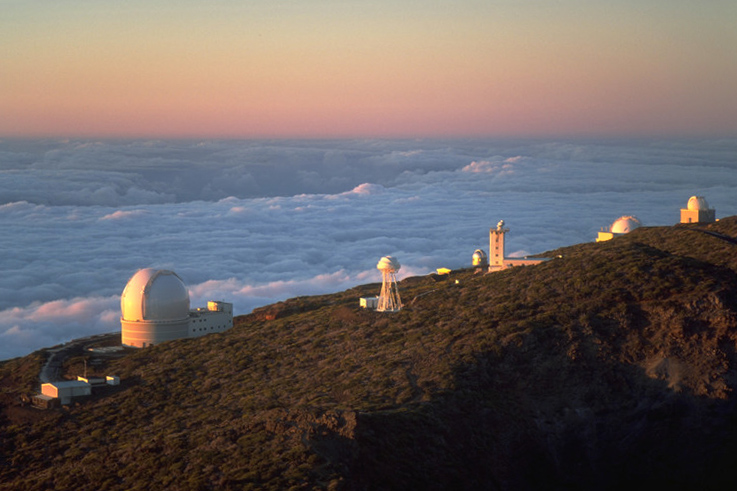 La Palma has a law conserving the dark skies in the area, and is considered a Starlight Reserve.  It hosts twelve other telescopes since El Roque de los Muchachos Observatory is above a “sea of clouds” which allows for less turbulent observing. 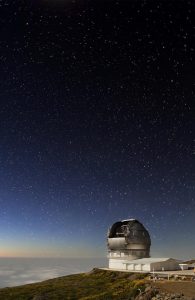 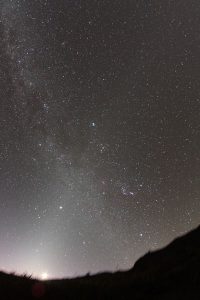 Night Skies in the Canary Islands

While the area seems like a perfect fit for the TMT, it seems that moving the project to La Palma would be easier said than done.  While originally thought that the Canary Islands would gladly accept the TMT, several environmentalist groups of the islands think otherwise.

Ben Magec – Ecologistas en Acción, an environmentalist group based on the Canary Islands believes that building the TMT at its secondary location would push the mountain over capacity.  They state that the Islands have “already paid a high price for astronomical science”.  While the Spanish government supports the TMT project, the environmental group has pledged that if the TIO decides to build in a “legally protected area”, they will take any legal action necessary to stop it.

No matter where the TIO decides to construct the TMT, at this point, we can only hope that they do it in a way respectful to the people and landscape of the area.